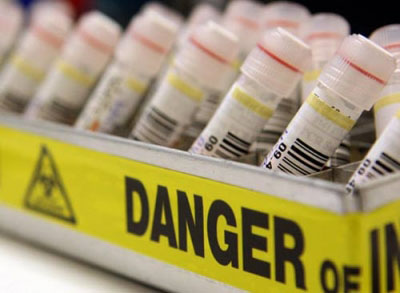 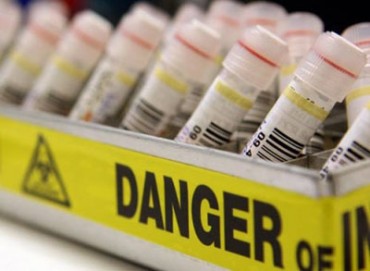 All of the new vaccines are DNA vaccines which contaminate normal human DNA with patented GMOs, just as Monsanto has been doing to organic fields with pollen drift.

The public has not been informed of this or given legal papers to release their intellectual property rights over their own unique DNA.

But under GW Bush, whose family is deeply connected to the biotech/pharmaceutical industry that put Hitler into office, laws were put in place that would use the military to force such vaccines, and with unknown content, on the entire population, under the pretext of a flu.

The following went into effect under George Bush:

‘During a pandemic, it may be necessary to overrule existing legislation or (individual) human rights. Examples are the enforcement of quarantine (overruling individual freedom of movement), use of privately owned buildings for hospitals, off-license use of drugs, compulsory vaccination or implementation of emergency shifts in essential services. These decisions need a legal framework to ensure transparent assessment and justification of the measures that are being considered, and to ensure coherence with international legislation (International Health Regulations). [Source]

Bush provided the pandemics laws that intersect with the WHO’s health regulations. Obama recently signed an executive order putting the US into alignment with international laws. The WHO has been the driver of covert sterilizing campaigns with vaccines around the world, and just threatened Pakistan for attempting to suspend Gates, WHO, and World Bank polio vaccines until the Pakistani government was sure the vaccines were safe and effective. The vaccines are causing mass paralysis there.

George Bush pushed through the pandemic laws in the US using the false fear that there would again be a pandemic like the 1918 flu pandemic. There was no flu pandemic in 1918. Millions died but they died because of the pharmaceutical industry’s “miracle drug,” aspirin, a highly toxic drug that can kill quickly when used in overdose, as well as a potent immunosuppressive which allowed common upper respiratory infections to deteriorate into deadly pneumonias. The millions of 1918-19 deaths are the result of pharmaceutical industry greed, and the collusion of government, medical authorities, military and corporations.

These same groups have gone many steps further under the Bush pandemic laws.

They have mandated a highly toxic, immunosuppressive “treatment” in advance, to every person in the country.

They have brought together government, military, medical “authorities,” and corporations in a financial arrangement.

All liability has been removed.

The vaccines themselves do not have to be tested (and thus not even known) in an emergency.

Any emergency does not have to be proved.

The last is how the CDC was able to create the impression of an H1N1 pandemic with exaggerated data. The CDC attempted to block the CBS investigation.

When the false data was exposed by CBS, Obama put the country under a (false) emergency, but an emergency which activated FEMA and removed all requirements to test vaccines used for “an emergency.”

CDC was complicit in the pandemic laws, which are martial law mandating untested, unknown vaccines for the country, for any emergency the CDC can invent and then declare.

And the Pentagon has just taken over the flu vaccine.

Is The ACLU aware that Sebelius and HHS, which has censored vaccine concerns, have been producing a ‘Fertility Impairing Vaccine‘?

Any vaccine of this kind used against the public without its legal release, constitutes a deceptive trade practice at best. But without question to use the military is to force patented intellectual property of unknown design (potentially to sterilize them, potentially to kill them) onto people who have no information or means to refuse.