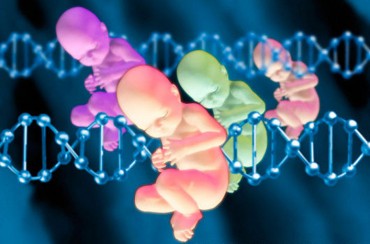 In what will likely only lead to the inevitable, designer babies are set to become a norm on planet earth in the near future.

Imagine a world in which you can design your very own baby. One where you can pick your artificially planned newborn?s DNA from at least 3 different gene pools. A real life customized test tube baby. Possibly one which will resist certain inherent genetic flaws such as hereditary disorders, health problems and more. Well that?s just exactly what some scientists and British regulators are now pushing for by the year?s end.

In fact, Britain?s fertility regulator recently released a report which basically states that advanced scientific techniques to create a hybrid human embryo from the DNA of 3 people is not ?unsafe?, thus opening the door to the genetic-modification of the human species.

The Associated Press reported on the matter, giving some insight into the scientists thought process:

?Until a healthy baby is born, we cannot say 100 percent that these techniques are safe,? said Dr. Andy Greenfield, who chaired the expert panel behind the report.

The techniques are meant to stop mothers from passing on potentially fatal genetic diseases to their babies and involve altering a human egg or embryo before transferring it into a woman. Such methods have only been allowed for research in a laboratory, but the U.K. department of health has said it hopes new legislation will be in place by the end of the year that allows treatment of patients.

Not only is this information hard to chew on, but shockingly Britain may become the first country in the world to allow the controversial procedure. However, thus far nothing has really stopped scientists from doing anything. In fact, some are roaming mad men who play with deadly viruses on a daily basis.

Over 150 human animal hybrids already made

According to the Daily Mail, at least 150 human animal hybrids have been made in U.K. labs.

An excerpt from the article reads:

Figures seen by the Daily Mail show that 155 ?admixed? embryos, containing both human and animal genetic material, have been created since the introduction of the 2008 Human Fertilisation Embryology Act.

This legalized the creation of a variety of hybrids, including an animal egg fertilised by a human sperm; ?cybrids?, in which a human nucleus is implanted into an animal cell; and ?chimeras?, in which human cells are mixed with animal embryos.

Three labs in the UK ? at King?s College London, Newcastle University and Warwick University ? were granted licences to carry out the research after the Act came into force.

Ladies and gentlemen, these people are now playing God.