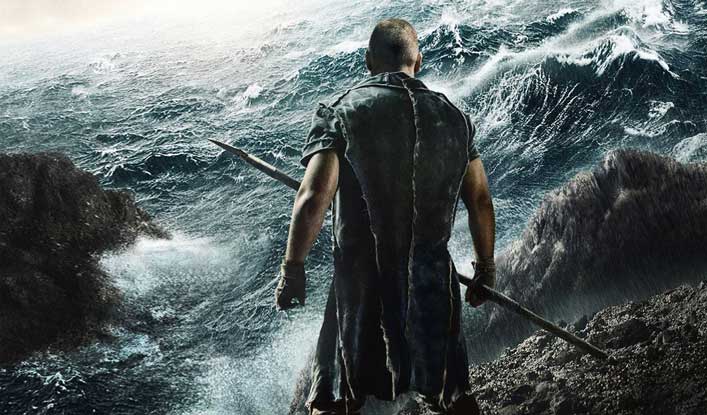 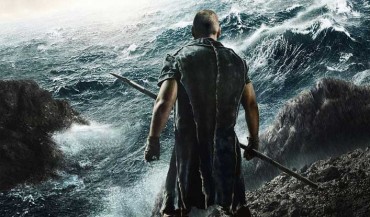 Via The Truth Wins

In ?Noah?, the fallen angels are ?good guys? that were kicked out of heaven because of their compassion for humanity, they help Noah build the ark, and they ascend to heaven when they die helping defend the ark against a band of marauding evil humans.

Director Darren Aronofsky stated that he attempted to make ?the least biblical biblical film ever made?, and he may have achieved that.  In ?Noah?, almost everything is the opposite of what it should be.  Instead of villains, the fallen angels are heroes.  Instead of a preacher of righteousness, Noah is depicted as a psychopathic maniac that hates humanity and wants to kill his unborn grandchild if it is a girl.  The movie somehow finds a way to avoid using the word ?God? the entire time, and during a scene where Noah explains to his family how the world was ?created?, the film displays visuals depicting Darwinian evolution.  But all of the controversy surrounding the film only seems to have helped it at the box office.  In fact, it pulled in approximately 44 million dollars in North America alone over opening weekend.

When I first heard that a movie about Noah starring Russell Crowe was coming out, I was very excited.  I thought that it could spark discussion about one of the most important events in human history.

Unfortunately, the film twists and distorts the story of Noah so badly that it is virtually unrecognizable.  And Americans are so dumbed down these days that many of them will end up believing that Aronofsky?s version is what the Bible actually says.

So before we get into the specifics of what ?Noah? says about the fallen angels, let us first take a look at what the Scriptures tell us.

And it came to pass, when men began to multiply on the face of the earth, and daughters were born unto them,

That the sons of God saw the daughters of men that they were fair; and they took them wives of all which they chose.

And the Lord said, My spirit shall not always strive with man, for that he also is flesh: yet his days shall be an hundred and twenty years.

There were giants in the earth in those days; and also after that, when the sons of God came in unto the daughters of men, and they bare children to them, the same became mighty men which were of old, men of renown.

Obviously the fact that fallen angels got together with human women and produced hybrid offspring displeased God greatly, and in the book of Jude we read that these fallen angels are kept in chains awaiting the day of judgment?

And the angels which kept not their first estate, but left their own habitation, he hath reserved in everlasting chains under darkness unto the judgment of the great day.

The Book of Enoch, which is actually directly quoted in the book of Jude, refers to these fallen angels as ?Watchers? and contains a lot more details about them.  The following is how Wikipedia summarizes what the Book of Enoch has to say?

In the Book of Enoch, the Watchers (Aramaic. ???????, iyrin), are angels dispatched to Earth to watch over the humans. They soon begin to lust for human women and, at the prodding of their leader Samyaza, defect en masse to illicitly instruct humanity and procreate among them. The offspring of these unions are the Nephilim, savage giants who pillage the earth and endanger humanity. Samyaza and his associates further taught their human charges arts and technologies such as weaponry, cosmetics, mirrors, sorcery, and other techniques that would otherwise be discovered gradually over time by humans, not foisted upon them all at once. Eventually God allows a Great Flood to rid the earth of the Nephilim, but first sends Uriel to warn Noah so as not to eradicate the human race. The Watchers are bound ?in the valleys of the Earth? until Judgment Day. (Jude verse 6 says that these fallen angels are kept ?in everlasting chains under darkness? until Judgement Day.)

So of course any movie about Noah would clearly depict the fallen angels as the bad guys.

In Aronofsky?s version, they are actually good guys that help Noah build the ark?

This is the film that will introduce most of the country to the Watchers: fallen angels who, according to Aronofsky?s version, have been encrusted in stone and, with a little persuading, help Noah construct the ark (for giants with gobs of rock for hands, they are extraordinarily dexterous).

When I first heard this, I was absolutely dumbfounded.

And no, the Watchers were not giant rock monsters either.  I have no idea where Aronofsky got that.

In ?Noah?, the fallen angels are actually portrayed as being more compassionate than the Creator, and when they are banished to Earth for showing too much compassion for humanity they are rescued by Methuselah and his flaming sword?

It is recounted that the Watchers are friends with Methuselah because he saved them once. They came to earth to help the humans after the Creator had banished humans from Eden, but the Watchers too were punished for disobedience by the Creator, who bound them to the earth and forced them to take form as stone creatures. But after learning from them, the humans tried to enslave and kill them. They tried to run, and Methuselah helped their escape by fighting the waves of human soldiers with a burning sword.

Noah speaks with Methuselah and receives a seed passed down from the Garden of Eden. He plants the seed on a plain, and an entire forest grows upon it within seconds. This miracle convinces the Watchers that Noah is chosen by the Creator. Noah announces that all the wood will be used to build an ark, and they start to help with the construction work.

At the end of the movie, instead of receiving judgment, the fallen angels get to ascend to heaven as they die defending Noah?s ark from a violent horde of people trying to board it?

The fallen angels, led by Semjaza, defend Noah and the ark at the start of the flood from Tubal-Cain?s raging army that is fighting to board the ark. The Watchers begin to fall one by one under the army?s onslaught. As the first one dies, the Watcher cries out to the heavens for forgiveness, then his rock-like body transforms into light and shoots up into the sky. This ?resurrection? prompts another rock giant to proclaim, ?He returns to the Creator.?

Normally I do not spend my time writing about Hollywood films.  But hundreds of millions of people around the globe could end up seeing this movie over the next several years, and instead of learning about one of the most important events in human history, they are going to get a version of the story that is almost totally opposite of what it should be.

The truth is that fallen angels are real, they really did mate with human women, and the Nephilim really did exist.

And Noah really did exist as well, and Jesus told us that we should learn from him, because the days when Jesus returns will be very much like the days of Noah.  In Matthew 24:37-39 it says the following?

But as the days of Noah were, so shall also the coming of the Son of man be.

For as in the days that were before the flood they were eating and drinking, marrying and giving in marriage, until the day that Noe entered into the ark,

And knew not until the flood came, and took them all away; so shall also the coming of the Son of man be.

I really wish that Hollywood would have gotten this one right.

An accurate movie about Noah starring Russell Crowe would have been very cool.

Unfortunately, it didn?t turn out that way.

A more detailed review of the movie was written by Ken Ham of Answeres in Genesis:

The Noah Movie: Our Detailed Review