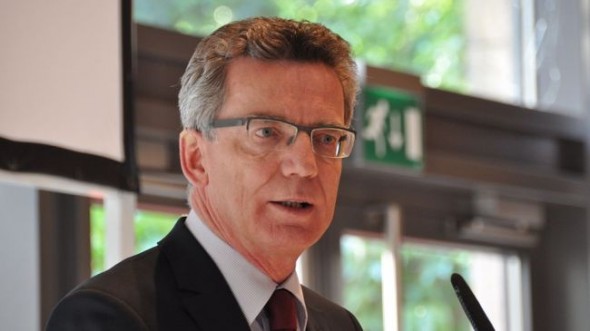 Germany?s Defense Minister has warned Tel Aviv against any military adventurism in Iran amid the escalating anti-Iran war rhetoric by the US and the Israeli regime.

Thomas de Maiziere insisted in a Saturday interview with Frankfurter Allgemeinen Sonntagszeitung that the success of such an effort against the Islamic Republic would be highly unlikely.

The German defense minister also cautioned the Israeli regime against ?obvious political damages? should it venture on an attack against Iran.

Israeli officials have ramped up their war rhetoric over the past few weeks, threatening Iran with military strikes in case the US-led Western sanctions against the country fail to force Tehran into abandoning its civilian nuclear program.

Israeli Foreign Minister Avigdor Lieberman said on February 9 that ?Israel has a large selection of ways, when the world of international sanctions fails to persuade Iran to halt its nuclear program.?

Earlier this month, the Israeli Defense Minister Ehud Barak said if Western sanctions against Iran fail to stop its nuclear program, military action against the country must be placed on its agenda.

Meanwhile, US Defense Secretary Leon Panetta claimed on February 2 that there is a strong possibility the Tel Aviv regime will launch an attack on Iran in April, May, or June 2012.

In an article that appeared in the Washington Post Panetta was quoted saying:

Administration officials caution that Tehran shouldn?t misunderstand: The United States has a 60-year commitment to Israeli security, and if Israel?s population centers were hit, the United States could feel obligated to come to Israel?s defense.

In the context of the article, which portrays an Israeli first strike against Iran, we can only explain this statement as announcing to Iran that if it counter-strikes against Israel that the U.S. will join in the war against it.

Washington and Tel Aviv have repeatedly threatened Tehran with various ?military options? in an attempt to force the Islamic Republic to halt its peaceful nuclear program, which has been closely monitored by inspectors from the International Atomic Energy Agency (IAEA).

Iran has fiercely rejected Western publicity that its nuclear program may be diverted to military objectives while insisting that as a signatory to the nuclear Non-Proliferation Treaty and a member of the IAEA, it is entitled to pursue nuclear technology for its numerous civilian uses and benefits.