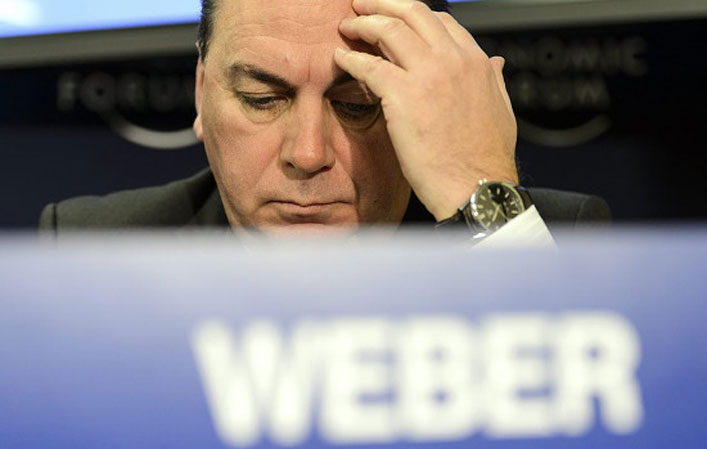 A top panel of experts in Davos has poured cold water on claims that the European crisis is over, warning that the eurozone remains stuck in a low-growth debt trap and risks being left on the margins of the global economy by US and China.

Axel Weber, the former head of the German Bundesbank, said the underlying disorder continues to fester and region is likely to face a fresh market attack this year.

“Europe is under threat. I am still really concerned. Markets have improved but the economic situation for most countries has not improved,” he said that the World Economic Forum in Davos.

“Markets are currently disregarding risks, particularly in the periphery. I expect some banks not to pass the test despite political pressure. As that becomes clear, there will be a financial reaction in markets,” he said.

Harvard professor Kenneth Rogoff said the launch of the euro had been a “giant historic mistake, done to soon” that now requires a degree of fiscal union and a common bank resolution fund to make it work, but EMU leaders are still refusing to take these steps.

“People are no longer talking about the euro falling apart but youth unemployment is really horrific. They can’t leave this twisting in wind for another five years,” he said.

Mr Rogoff said Europe is squandering the “scarce resource” of its youth, badly needed to fortify an ageing society as the demographic crunch sets in.