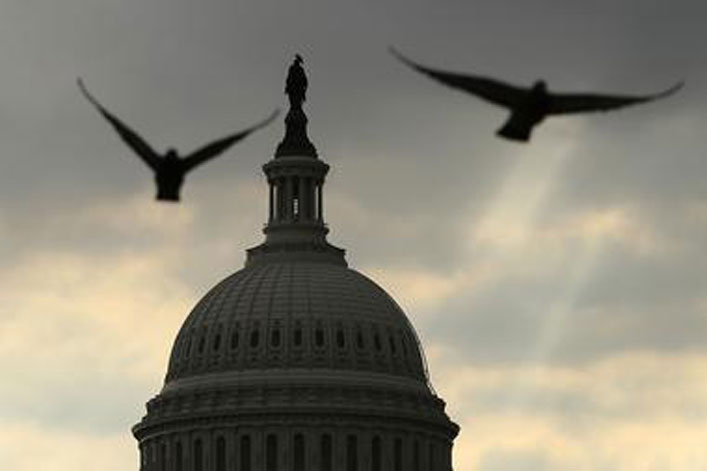 Hardline Republican Senator John McCain said the US should get on board with Russia?s proposal for Syria to hand over control of its chemical weapons to the international community.

?If there is an international [agreement], if you have the guidelines, the requirements, the reporting, the dates? all of that guided by a very detailed resolution to the UN Security Council, I think that you can?t say no to it even though I?m very dubious that this is a real proposal,? McCain told Time magazine.

?I think it?s just a stalling tactic but to reject it out of hand is obviously not something that you can do.?

And Assad?s response to requests for him to hand over his (in his words, non-existent) chemical weapons?

Following up on this morning’s shocking “appeasement” turn of events by Russia and Syria, the White House has promptly fired back in the only way it knows: digging in deeper:

Yes – in Rwanda, Somalia and all those tens of other conflicts the US never got involved in because Qatari/Saudi petrodollar/gas interests were not involved.

With the mainstream media proclaiming last night’s Charlie Rose interview with Assad “propaganda”, the following headlines from a speech by national security advisors Susan Rice will frighten even the most “Miley Cyrus”-numb American:

We can only imagine the ‘score’ underlying her words, which are getting scarier and louder with every verbal escalation…

and an ominous Carmina Burana ‘drum beat’, crescendoing with:

So, it would appear, that a Syrian strike is no longer about preventing Assad from using weapons, as was the story until now, but deterring others from doing what Assad may or may not have done.

At the end of the day, the US will refuse to accept checkmate by being humiliated by grandmaster Putin in the world arena: it seems the decision is already made:

And finally, here is the admission after all. As expected, the whole point of this entire frace was to topple Assad and replace him with a pro-Syria, pro-Qatar, anti-Russia regime:

Rice: “Our overarching goal is to end the underlying conflict through a negotiated, political transition in which Assad leaves power” #Syria

And if we were Iran we would be worried. Very worried. A false flag in which Tehran attacks Israel is coming any second:

Rice: Limited strikes “will make clear to Assad and his allies?Hezbollah & Iran?that they should not test the resolve of the United States.”

Six senators, including five Republicans and one Democrat, announced Monday they would vote against a resolution authorizing the use of force ? a strong indication that the administration?s efforts to build bipartisan support have been ineffective.

The Senate was scheduled to vote Wednesday on a procedural motion to begin formal debate on the resolution, but Reid announced late Monday the vote would be delayed in order to buy the president more time to make his case to senators and the public. (source)