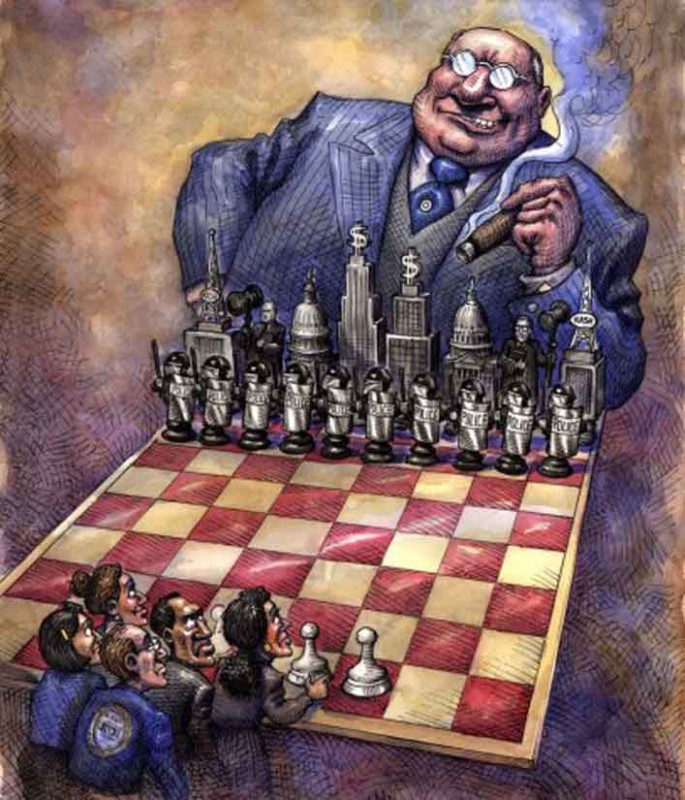 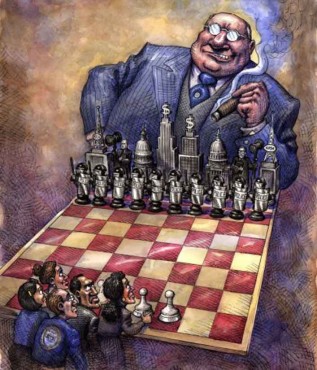 I?ve got a very important story to tell, so listen closely. Fed a diet of ?alternative reactions to the mainstream news?, you probably won?t know about any of this, because it?s not had much of a public airing. The final push of Agenda 21 is to unite us all, mainstream and alternative alike ? an end to the current system, and the institution of the ?fair sounding? new world order: green and caring.

There have been several attempts to co-opt the Occupy movement to advance this agenda, which is neither green nor caring. In fact, it intends to exploit nature and people to the fullest extent.

We need to expose this agenda. Otherwise, the next time you?re out on the street protesting, you?ll be accosted by a Happiness Angel, who just wants to make you better, so that we can all be happy?

These are the elements of my story:

The current system is being replaced by a new model of economics ? indeed, a whole new way of life ? based on carbon debits, and social credits. Bringing this into being are the New Economists, now fully integrated into the plans of the UN, the EU, the World Bank, the WEF, the Club of Rome, etc. Prices are placed on all aspects of natural capital, reflected by reward systems which assign credits and debits based on the give and take to and from the global ecosystem.

These measurements can be taken with or without our consent, namely from ubiquitous sensors. These include environmental MEMS, smart phones, and self-tracking gadgets, such as wearable and implantable BIOSTAMPS, which are heralded as the future of remote patient monitoring for the coming age of ?tele-health?, where even diagnosis will be AI and the aim is to predict and prevent ill health, so we all need to be monitored.

The credit system is evolving into one of virtual, tradeable currencies, each representing an Agenda 21 value: the economic value of human contributions and earthly resources. The system is to be universal. Stories are used to nudge us into conformism with pervasive memes, starting at school. The ideology behind this is communitarianism, or ?the Third Way?, ushered in by Agenda 21, as has been explored in detail by Niki Raapana, and her daughter Nordica. The key message is that we all now have ?rights and responsibilities?, to the earth, and to each other. The (non-existent) ?common good? prevails.

The Millenium Development Goals (MDGs), steered by the Fortune 500, are to be replaced with the Sustainable Development Goals (SDGs). The plan is to maximise efficiency in retrofitting the developing world for an expansion of capitalism, principally for biomass and GM food production.

This is redistribution of wealth through stealth, financed by punitive taxes to some extent, but principally through rewarding correct behaviour (doing social good; having a low carbon footprint; and being healthy and happy). This has already begun and involves awarding credits for each behaviour, and taking lots and lots of measurements; once there are enough of these credits in circulation, they will come to function as currencies. Community currencies fit in well with this scheme; Bitcoin does not. Either way, it?s us that have to pay to develop the undeveloped countries, not the Global Guvnors. We have de-growth (the Club of Rome ideology) so they can have growth.

The New Economists intend to measure our well-being, and incorporate the statistics into each nation?s accounts, or overall Gross Domestic Product, to give a ?more accurate? measure of each country?s progress. A census of well-being is taken regularly for the happiness index, measuring nine ?domains?: 1) good governance, 2) psychological wellbeing, 3) time use, 4) community vitality, 5) health, 6) education, 7) culture, 8) living standards, and 9) ecological diversity and resilience.

The United Nations held the First International Day of Happiness in March. Numerous initiatives are being funded to help raise ?global happiness?, doing away with the need for politics, or deep philosophical understanding. The propensity to be happy is said to be 50% genetic, and now it?s our responsibility to be mindlessly happy with our lot, come what may.

They?re picking the wheat from the chaff.