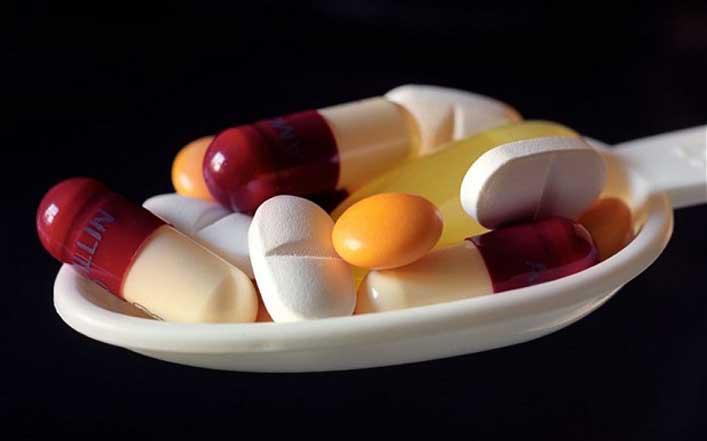 Endtimeinfo: Jesus himself warned His disciples in Matthew chapter 24 that in the last days ?there shall be ? pestilences?. He didn?t specify where those pestilences would come from, only that they will and as the following article shows many times they are caused by mens greed for money and power or as a means of population control. 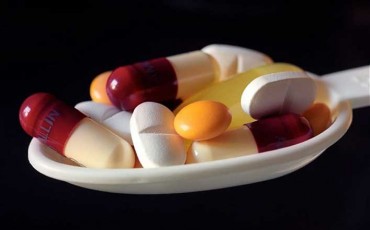 While globalists like Bill Gates are feverishly working on ways to reduce human population through vaccines, GMOs and abortions, an even more effective population killer is now emerging: drug-resistant strains of “gram-negative” bacteria: Superbugs.

The global abuse of antibiotics and the rise of drug-resistant superbugs has become an urgent issue of survival for the human race, and even mainstream medical experts are now describing microbiological doomsday scenarios if the situation isn’t reversed. As The Guardian reported today:

Antibiotic-resistant bacteria with the potential to cause untreatable infections pose “a catastrophic threat” to the population, the chief medical officer for Britain warns in a report calling for urgent action worldwide.

Big Pharma causes the problem, then walks away

How did it get this bad? After Big Pharma polluted the medical landscape with a flood of antibiotics that caused drug-resistant strains to emerge, it has since abandoned any new research on antibiotics, claiming “there’s no profit in it.”

The antibiotics pipeline is empty. But drug-resistant bacteria aren’t asleep at the wheel; they’re rapidly mutating, developing new biological defenses against Big Pharma’s drugs. With each passing month, the superbugs get stronger. “No new classes of antibiotics have been developed since 1987, and none are in the pipeline across the world,” reports The Independent.

It continues, “…for Big Pharma, there is little money in expensively developing new compounds which will only be taken in short courses, compared to a drug for blood pressure, say, which may have lifelong use for patients.”

Even if it were profitable to develop new antibiotics, it’s a losing game anyway because a drug that takes 10 years to develop can become useless in as little as one year in the real world. That’s thanks to the rapid mutation capabilities of gut bacteria.

The net result is that the western medical system that was built on chemicals as the weapons of war against disease has run out of chemicals to fight superbugs. The “end game” of modern medicine is upon us, and the drug industry openly admits it’s not even working on solutions to this problem.

Natural remedies for superbugs have been suppressed and censored

Meanwhile, the governments and medical institutions of the world have, for an entire century, suppressed the natural antibiotics cures that can very effectively kill superbugs. Natural remedies like colloidal silver, aloe vera, garlic, medicinal herbs and high-potency nutritional therapies have been attacked, censored and criminalized. This has left the population with a problem that’s best stated in three parts:

#1) A wave of antibiotic-resistant superbugs is accelerating toward humanity.
#2) Big Pharma has run out of chemicals to treat them.
#3) The corrupt medical system has censored natural antibiotics.

The result is that the people are left with no solutions other than to lay down and die.

Not coincidentally, that may be exactly what the system wants you to do.

It turns out that the entire system of medicine has been veering aggressively toward population control for the past decade.

For example, vaccines were once widely known to be dangerous for pregnant women, but the medical authorities “flipped the script” just a few years ago and said that pregnant women now need more vaccines than everybody else. The upshot is that vaccines cause huge increases in spontaneous abortions (i.e. population reduction). For example, Gardasil is reportedly linked to more stillbirths than any other vaccine. Eugenicists like Bill Gates refer to this as “reproductive health,” by the way. That’s code for “population reduction.”

Chemotherapy would have never been given to pregnant women in years past, but now it’s actually recommended as a preventive cancer therapy for expectant mothers. Chemotherapy, of course, is a chemical weapon that kills unborn babies and causes spontaneous abortions, organ damage and birth defects.

The aggression behind today’s big vaccine push is also largely a population control measure. Vaccines cause infertility due to the mercury, aluminum and formaldehyde chemicals they contain. All of these chemicals interfere with fertility and gestation.

Most of the pharmaceuticals being heavily pushed today (statin drugs, blood thinners, etc.) are at least partially designed to kill you before you can collect social security.

The idea is to make sure the population only lives long enough to keep working and paying into the system, but not long enough to actually collect benefits which are bankrupting the nation. Before long, “dying early” is going to be pushed as “patriotic” and “good for the country.” You can fully expect the socialist government to start spreading guilt about longevity. If you live long enough to collect money from the government, they’re going to make sure you feel incredibly guilty about it. (“How dare you live long enough to collect some of the money we stole out of your paycheck during your working years!”)

Superbugs are a key ally to the system in all this because they create a convenient scapegoat to take the blame for a failed medical system. A patient who is over-medicated, immuno-suppressed and taken over by an aggressive superbug infection can be written off as another casualty of a “fatal infection.” Never mind the fact that the person was made vulnerable to infections by all the toxic therapies and prescription drugs that serve as the foundation of western chemical medicine.

Superbugs are the new Lee Harvey Oswalds of medicine: they take the blame for the killing and prevent people from asking in-depth questions about what really happened.

What’s really astonishing in all this is the delusional belief that only Big Pharma can “discover” new drugs that kill these drug-resistant bacteria. In all of western medicine, there is never any discussion of the all-important role of probiotics in establishing healthy gut flora, thereby crowding out the dangerous strains. If “anti” biotics are the problem, then “pro” biotics are the solution.

It is absolutely astonishing that modern medicine refuses to advocate probiotics, and it reveals how the entire system of modern medicine remains stuck in a 1940’s mentality where the body was a “battleground” and medicines were “weapons” to be unleashed against “the enemy.”

This delusional metaphor is what has driven the failed system of modern medicine for nearly a century, and it’s the reason superbugs and antibiotics have reached a point of such insanity that the entire population is now threatened with the possibility of a runaway global pandemic.

The medical system also doesn’t understand synergistic phytonutrients and how a concert of plant-based chemicals work together in ways that are far more powerful than any one isolated chemical could ever be. Big Pharma is always looking for the next great isolated molecule but can never embrace the idea that isolated chemicals are always less effective and more dangerous than full-spectrum phytochemicals from the natural world. (A drug can never be as powerful as a plant, because a drug doesn’t have the phytonutrient complexity of a plant.)

Eliminating gram-negative superbugs from the gut of a patient is easy if you aren’t medically ignorant (i.e. trained in medical school). Simply embracing the power of antibacterial superfoods like garlic — combined with the health-protective powers of probiotics — yields phenomenal results. Food choice also impacts gut health (obviously), yet doctors rarely talk to their patients about what they should eat. Somehow, modern medicine has isolated food choice from health outcomes, creating a truly delusional health care system in which patients are treated with deadly chemicals rather than food as medicine.

This is what got us to this crisis in the first place: doctors functioning as chemical pushers… and patients surrendering their personal power to the failed medical system.

Why humanity’s superbug crisis can’t be solved with chemicals

To get out of this crisis, we can’t approach it with the same type of thinking that caused the problem in the first place. This isn’t a situation that can be solved with “another chemical.” This is going to require transcending the failed age of chemical medicine and embracing the factors of healthy gut flora — and that has everything to do with diet, supplements, superfoods, etc.

The Association of the British Pharmaceutical Industry (ABPI), not surprisingly, can only see a future based on more chemicals. “More still needs to be done and we believe that for there to be a continual supply of effective antibiotics, a comprehensive review of the R&D [research and development] environment and good stewardship are required urgently,” they say (Guardian source, above).

This is a classic example of medical insanity. It’s the chemicals that brought us to this crisis, and the only solution they can think of is coming up with more chemicals. (Remember the definition of insanity? Doing the same thing over and over again while expecting different results…)

This is exactly like the Federal Reserve observing a global currency confidence crisis and deciding the best solution is to print more money. It’s like a heroin addict reasoning that the way to quit heroin is to take just one more hit.

When it comes to superbugs and medicine, we are living in an age of outright, runaway insanity that has infected nearly all the doctors, hospitals, drug companies and health authorities. Unless they wake up and finally recognize the error of their ways, this situation is only going to spiral into an ever-expanding crisis that may soon lead to a runaway superbug plague.

Antibiotics, superbugs and the next global pandemic
http://idokjelei.hu/2013/04/antibiotics-superbugs-and-the-next-global-pandemic/