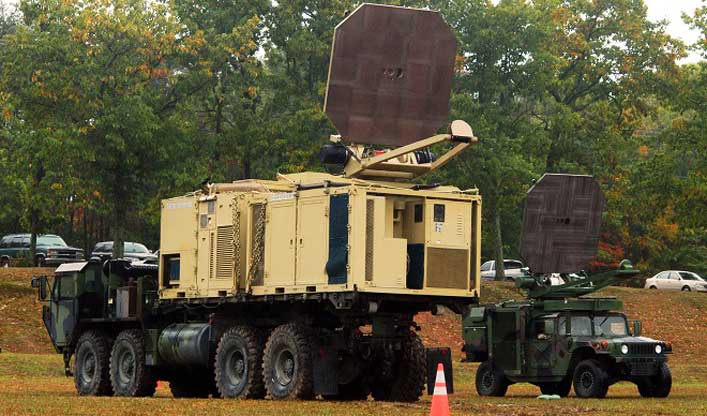 While it may sound like complete science fiction, the Air Force is actually preparing to spend $49 million to research the biological effects of non-lethal directed energy weapons in hopes of creating future weapons that manipulate the body on a biochemical or molecular level.

This may sound wildly farfetched but given that the military has researched unbelievable ?human enhancement? technologies, weaponized hallucinations, autonomous robotic jellyfish, insect-sized killer drones and fully automated ?killer robots,? this shouldn?t be all that surprising.

Furthermore, the US military has already developed a wide range of directed energy (DE) weapons ranging from the defunct Airborne Laser program to a ?heat ray? and an overall greater emphasis ondirected energy weapons of all kinds.

While many people may not be familiar with radio frequency (RF) and high power microwave (HPM) emitting devices, the US Air Force says they have ?been at the forefront of research on the biological effects of RF/HPM radiation for more than 30 years.?

This latest round of research involves laboratory tests, studies and field experiments beginning in September of this year with tests in San Antonio, Texas expected to go on for seven years.

The Air Force announcement posted online points out that the discovery of new bioeffects could very well have ?defensive or offensive? applications and thus contribute to the ?development and deployment of future DE weapons.?

The Air Force will conduct ?proteomic, genomic, and metabolomic studies that identify critical biochemical or molecular changes following exposure to DE prior to or during mission operations that assist in the prediction of health degradation.?

?That could mean looking at how concentrated blasts of radio frequency waves and high-power microwaves manipulate our proteins, DNA and metabolites,? Danger Room notes.

The announcement says that they seek to ?investigate the basic mechanism(s) of interaction between biology and RF radiation? while also discovering ?previously unknown bioeffects of RF exposure that may provide a defensive or offensive capability to the Air Force.?

Perhaps even greater than the amazingly creepy nature of this type of technology are the concerns surrounding the diplomatic problems this type of weaponry could create.

Robert Beckhusen, writing for Danger Room, points out that the military?s Active Denial System was recalled from Afghanistan at least in part due to the ?propaganda value it would have given to the Taliban.?

Still, as Beckhusen points out, ?in the aftermath of the assault on U.S. diplomats in Benghazi and the killing of the U.S. ambassador there, the State Department touted non-lethal energy weapons as one potential defense against embassy attacks.?

While it may not be all that helpful diplomatically, the US military is clearly pouring money into this type of research to build directed energy weapons with the intent to actually use them. One can only struggle imagine what the future of warfare will look like at this point.