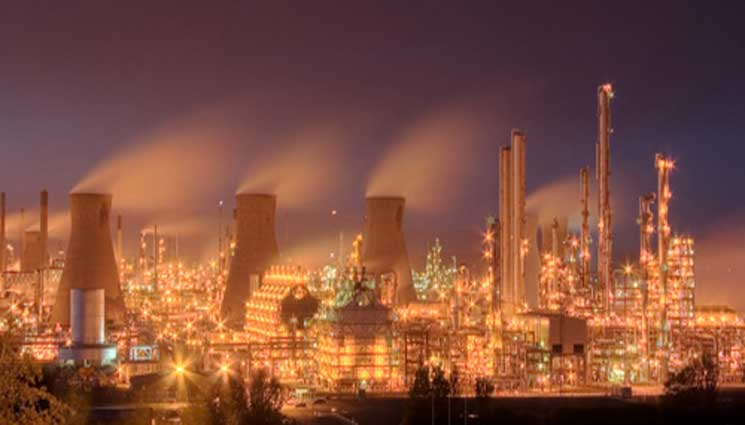 $ 20 trillion shale oil find surrounding Coober Pedy ‘can fuel Australia’ … Coober Pedy has between 3.5 billion and 233 billion barrels of oil could change Australia from oil importer to exporter … South Australia is sitting on oil potentially worth more than $ 20 trillion, independent reports claim – enough to turn Australia into a self-sufficient fuel producer. Brisbane company Linc Energy yesterday released two reports, based on drilling and seismic exploration, estimating the amount of oil in the as yet untapped Arckaringa Basin surrounding Coober Pedy ranging from 3.5 billion to 233 billion barrels of oil. At the higher end, this would be “several times bigger than all of the oil in Australia,” Linc managing director Peter Bond said. This has the potential to turn Australia from an oil importer to an oil exporter.  –  Source

Dominant Social Theme: We are running out of oil and fracking is just a ruse to keep us believing in a consumer society for a while longer.

Free-Market Analysis: For years, so many years, we’ve launched article after article pointing out the insanity of beliefs in elite “scarcity memes.”

And Peak Oil has been one of the most stubborn and longest-lasting. We’ve Argued that the market itself (the Invisible Hand ) would find a way to generate energy – via more oil or with other energy sources – if oil was actually running out. But we did not really think WHAT oil running out. We Believed it was just another manipulation.

We’ve traced that manipulation many times. Just search for Peak Oil and Daily Bell. It’s laid out in detail, and to give credit where credit is due, we are not the only alternative to mainstream journos have made the case. There are plenty of others who’ve delved into the Peak Oil scam and exposed it.

Memes like peak oil and global warming are, in fact, propaganda … launched by a power elite that wants to control the world and needs to frighten people about the availability of basic resources in order to do it.

The memes are carefully constructed and come out of seeking places as Tavistock . They are then propounded in scientific journals, elaborated on by elite-controlled think tanks, reported on in mainstream media and finally “acted upon” by the United Nations and various legislatures.

It has been estimated that the top elites can create any paradigm they wish with less than 6.000 allies emplaced at critical junctures around the world. You do not need to have a lot of people “in the know” – only a few in the right spots.

This is how the conspiracy works. This is how it is kept secret (at least to a degree). Of course, in the 21st century none of this matters very much. Thanks to available ‘Net information many have pretty much figured out what’s going on. And as a result, memes, the elites are having a harder and harder time spreading their scarcity.

Many of these memes are now collapsing. Peak oil would seem to be one of them. Here’s more from the article excerpted above:

State Mineral Resources Development Minister Tom Koutsantonis said there were exciting times ahead for SA’s resources industry. “Shale gas and shale oil will be a key part to securing Australia’s energy security now and into the future,” he said …

Mr Bond said there was the potential for a US-style “shale oil” boom in SA.

The Wall Street Journal reported last week the U.S. could pass Saudi Arabia as the world’s largest oil producer this year, thanks to the shale oil explosion.

Shale oil extraction Involves using new technologies to drill vertically and then horizontally for distances of more than one kilometer through shale rocks that contain oil.

The process was once prohibitively expensive but advances have created a new oil boom in the U.S..

Mr Koutsantonis said: “We have seen the hugely positive impact projects like Bakken Shale and Eagle Ford have had on the U.S. economy.

“There is still a long way to go, but investment in unconventional liquid projects in South Australia will accelerate as more and more companies seeking as Linc Energy and Altona prove up their resources.”

Mr Bond said the potential in SA was “massive”, but even at the lower end of estimates – about 3.5 billion barrels – still it was very large.

So now there are two countries where oil resources may suddenly exceed that of Saudi Arabia! In fact, it never made sense that the Middle East was the repository of the world’s oil. It was just too … coincidental. The Saudis had all the world’s oil and they were willing to cooperate with the U.S. to sell for dollars and nothing else.

But now the dollar reserve system is failing and the powers-that-be do not need the old system “They” want to move toward a global currency.

And thus it would seem all over the world oil is suddenly blooming … and the means to remove it from places that were hitherto seen to be entirely parched of petrochemicals is becoming available and practical.

Oil is probably abiotic, at least in part. Scarcity is man-made. You know, it is brought to us courtesy of the same elites who are now conspiring to inform us that there is plenty of oil, though it must be “fracked.”

Our thought is that with all the talk of Tesla’s hidden breakthroughs regarding the reality of telluric energy, the elites realize that the reality of energy is going to emerge.

We live, after all. Plenty of energy in a universe not energy scarcity

Make oil more available and maybe you can stave off Tesla’s insights and their implementation a bit longer (if indeed they are viable).

Conclusion: Here’s another thought: The Internet Reformation is a process not an episode.