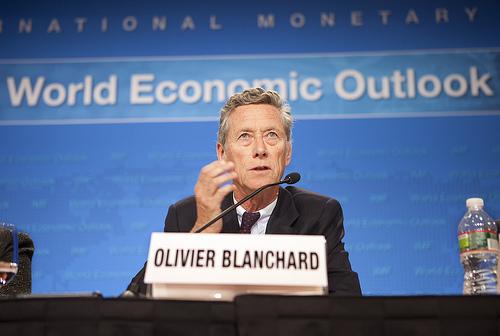 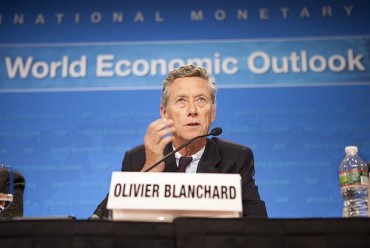 IMF: Global economic slowdown is getting worse, US must avoid ‘fiscal cliff’ … Updated at 8:30 a.m. ET The International Monetary Fund said the global economic slowdown is worsening as it cut its growth forecasts for the second time since April and warned U.S. and European policymakers that failure to fix their economic ills would prolong the slump. Global growth in advanced economies is too weak to bring down unemployment and what little momentum exists is coming primarily from central banks, the IMF said in its World Economic Outlook, released ahead of its twice-yearly meeting, which will be held in Tokyo later this week. ? NBC

Free-Market Analysis: The IMF is getting a good deal of play with a worried world forecast. The concern was stated in the IMF’s “World Economic Report.”

Here’s a quote: “A key issue is whether the global economy is just hitting another bout of turbulence in what was always expected to be a slow and bumpy recovery or whether the current slowdown has a more lasting component,” it said. “The answer depends on whether European and U.S. policymakers deal proactively with their major short-term economic challenges.”

This is a typical elite theme ? that only “policymakers” can deal with issues relating to the economy. The idea that the market itself could deal with economic issues is not one the top people at the IMF would be pleased to consider.

In fact, as we’ve often stated, the entire EU downturn, starting with the economic crisis of 2008 has been a kind of engineered takedown. It began with determined bank lending and ended with a “sovereign crisis.”

But EU officials, decades before, are on record as stating that an economic crisis would have to be created in order to strengthen a political union. And that’s just what’s happening.

The IMF is front-and-center in all this because many of the policies now being applied to the EU’s Southern ? economically bleeding ? flank have been developed by the IMF and now go under the all-embracing nomenclature of “austerity.” Here’s some more from the article:

Meanwhile, German Chancellor Angela Merkel arrived in Greece on her first visit since Europe’s debt crisis erupted here three years ago, braving protests to deliver a message of support — but no new money — to a country seen by many as a prime example of Europe’s ongoing and entrenched economic woes …

In an interview with NBC’s Andrea Mitchell, IMF chairwoman Christine Lagarde calls for urgent action from lawmakers to turn around the U.S. economy, saying that the combination of automatic tax hikes and spending cuts poses a major threat to the recovery.

The IMF forecast that global output in 2012 would grow just 3.3 percent, down from a July estimate of 3.5 percent. Households could face average $3,500 tax hit if Congress can’t avoid ‘fiscal cliff’

It also cut its expectations for China in 2012 and 2013 but warned against being overly pessimistic about the prospects of these economies, which were major engines of growth in the global financial crisis.

“Let me be clear. We do not see these developments as signs of a hard landing in any of these countries,” IMF Chief Economist Olivier Blanchard said at a briefing, referring to China, India and Brazil.

The IMF said “familiar” forces were dragging down growth in advanced economies — fiscal consolidation and a still-weak financial system, the same problems that have plagued the world since the global financial crisis exploded in 2008.

“More seems to be at work, however, than these mechanical forces — namely, a general feeling of uncertainty,” Blanchard said in a commentary on the forecasts.

In point of fact, the “familiar forces” dragging it down are generated by Western central banking that prints too much money, causing both a boom and a bust.

The combination of the euro and monopoly central banking are responsible for European ills. The “crisis” is manmade.

Additionally, the US “fiscal cliff” is the result of (badly) engineered socio-economic policy. No matter where one turns to look, it is the modern money system itself that is responsible for the damage the IMF now warns against.

Take a step back and it is easy to see that the great economies throughout the world are all in the grip of recession, depression and inflation. The BRICS, Europe and the US are not going to see renewed economic vitality any time soon.

IMF policies are not improving matters. Raising taxes during bad economic times, as the IMF demands, only makes the problem worse.

If one grants that the elites behind the IMF and the current money system are generally in favor of global government and a global currency then what’s going on now begins to make more sense.

While expressing concern over world economic problems, the IMF continues to be a conduit for the difficulties it warns against. It helps create the problems it then warns against.

In a Keynesian central banking environment, the solution to economic ills is held to be continued money printing. But it is excessive money printing that creates the booms and busts that have brought the world’s economy to this state.

The IMF’s remedy will thus only make things worse. Inflating the money supply will inevitably lead to price inflation.

Conclusion: IMF officials are recommending policies that will only aggravate global economic ills. What’s the sense of that?