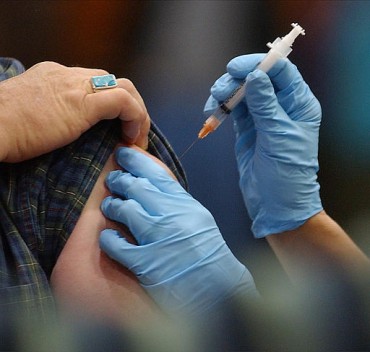 Time and time again, as an investigative reporter, I’ve had the job of informing readers that their most basic assumptions are wrong.

In the medical arena, this is compounded by public acceptance of lies that seem to be absolute science. However, the “science” turns out to be manufactured delusion. The subject of this article is another such case. It flies in the face of massive propaganda that medical authorities have launched to literally brainwash the population.

The flu season is approaching, and of course we will see the Centers for Disease Control urge all parents to act like good little robots and have the whole family jabbed with flu shots.

The usual warnings and predictions will be trumpeted by the CDC and their compliant media.

The one persistent fact that will be shoved across is: every year in the US, 36,000 people die of the flu. We’ve all read and heard that figure, over and over.

It’s a “necessary” statistic for the CDC. They need to promote it. They need to convince the population that seasonal flu is dangerous.

The American people don’t understand that it’s a lie, a grossly manufactured delusion that bears no resemblance to reality.

In December of 2005, the British Medical Journal (online) published a shocking report by Peter Doshi, which spelled out the delusion and created tremors throughout the halls of the CDC.

Here is a quote from Doshi’s report:

You see, the CDC had created one category that combined flu and pneumonia deaths. Why did they do this? Because they assumed that the pneumonia deaths were complications stemming from the flu.

This is an absurd assumption. Pneumonia has a number of causes. But even worse, in all the flu and pneumonia deaths, only 18 were traced directly to a flu virus.

Therefore, the CDC could not say, with assurance, that more than 18 people died of the flu in 2001.

This is obviously far lower than the parroted 36,000 figure. However, Doshi is only reporting numbers of flu deaths estimated by the CDC in those years. As he showed from the year 2001, the CDC actually finds the flu virus in a tiny proportion of people who are estimated to have died from the flu.

In other words, it’s all guesswork. It’s also promotion and hype.

But the overwhelming percentage of Americans buy the hype because it’s been repeated so often. To them, the idea that only 18 people were positively identified as flu deaths in a year is impossible.

Doshi goes on to mention a 2004 flu vaccine summit held by the CDC and American Medical Association. One of the important speakers at this conference, Glenn Nowak, lectured about generating interest and demand for the flu vaccine.

Nowak said this demand occurs when medical experts and public health authorities “state concern and alarm (and predict dire outcomes)—and urge influenza vaccination…[there should be] continued reports that influenza is causing severe illness and/or affecting lots of people, helping foster the perception that many people are susceptible to a bad case of influenza.”

Repeating the mantra that 36,000 people die every year from the flu is, of course, the key strategy for creating demand for the vaccine.

It’s an entirely false sales pitch. It always has been.

Naturally, many people will rally to the side of the CDC. They will tell you how difficult it can be to actually discover and isolate a flu virus from an ill human being and, therefore, label his death as a flu statistic.

The CDC annual budget hovers around the $10 billion level. With its resources, it can certainly do what’s necessary to determine whether people are dying from the flu or some other cause.

The CDC has been lying through its teeth to the American people about flu deaths. The exposure of that lie has been choked off by the press.

The CDC’s main job is accurately reporting statistics on illness and death. If it can’t perform that function, its duty is to admit it. The reality, however, is that the agency is fatally compromised. It is allied with the pharmaceutical industry, as part of the huge overarching medical cartel. Its reliability is, therefore, zero.

Virtually everything you’ve been told about flu deaths by the US government is unsupported by facts.

Jon Rappoport
The author of an explosive collection, THE MATRIX REVEALED, Jon was a candidate for a US Congressional seat in the 29th District of California. Nominated for a Pulitzer Prize, he has worked as an investigative reporter for 30 years, writing articles on politics, medicine, and health for CBS Healthwatch, LA Weekly, Spin Magazine, Stern, and other newspapers and magazines in the US and Europe. Jon has delivered lectures and seminars on global politics, health, logic, and creative power to audiences around the world.