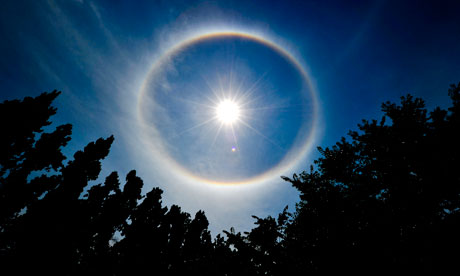 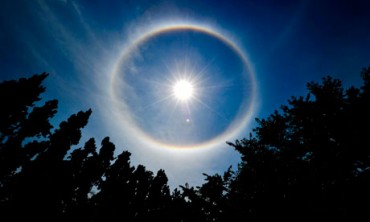 An experiment funded by Microsoft founder Bill Gates will see thousands of tonnes of sulphur particles sprayed over New Mexico as part of a geoengineering study, despite the fact that even staunch environmentalists have warned the process could have catastrophic effects on the earth?s eco-system.

?David Keith, one of the investigators, has argued that solar geoengineering could be an inexpensive method to slow down global warming, but other scientists warn that it could have unpredictable, disastrous consequences for the Earth?s weather systems and food supplies,? reports the Guardian.

?His US experiment, conducted with American James Anderson, will take place within a year and involve the release of tens or hundreds of kilograms of particles to measure the impacts on ozone chemistry, and to test ways to make sulphate aerosols the appropriate size. Since it is impossible to simulate the complexity of the stratosphere in a laboratory, Keith says the experiment will provide an opportunity to improve models of how the ozone layer could be altered by much larger-scale sulphate spraying.?

The Harvard University project, in which sun-reflecting particles will be sprayed from a balloon at an altitude of 80,000 feet above Fort Sumner, New Mexico, is being funded by Bill Gates, who earlier this year threw his financial muscle behind manipulating the earth?s climate via geoengineering.

The risks involved in spraying the upper atmosphere with sulphur particles are so brazen that even environmentalists who support the man-made global warming mantra have sternly warned against it, such as Greenpeace?s chief UK scientist Doug Parr, who slammed attempts to geoengineer the planet as ?outlandish? and ?dangerous?.

Indeed, the consequences could be devastating for poor people in the third world. Rutgers University meteorologist Alan Robock has, ?created computer simulations indicating that sulfate clouds could potentially weaken the Asian and African summer monsoons, reducing rain that irrigates the food crops of billions of people.?

?Imagine if we triggered a drought and famine while trying to cool the planet,? Robock told a geoengineering conference in 2010.

Stephen Schneider of Stanford University, who proposed a bizarre plan to send spaceships into the upper atmosphere that would be used to block out the Sun, admits that geoengineering could cause ?conflicts between nations if geoengineering projects go wrong.?

?Impacts include the potential for further damage to the ozone layer, and disruption of rainfall, particularly in tropical and subtropical regions ? potentially threatening the food supplies of billions of people,? said Pat Mooney, executive director of the Canadian-based technology watchdog ETC Group. ?It will do nothing to decrease levels of greenhouse gases in the atmosphere or halt ocean acidification. And solar geoengineering is likely to increase the risk of climate-related international conflict ? given that the modelling to date shows it poses greater risks to the global south.?

Aside from the unknown dangers, what is known about what happens when the environment is loaded with sulphur dioxide is bad enough, since the compound is the main component of acid rain, which according to the EPA?Causes acidification of lakes and streams and contributes to the damage of trees at high elevations (for example, red spruce trees above 2,000 feet) and many sensitive forest soils. In addition, acid rain accelerates the decay of building materials and paints, including irreplaceable buildings, statues, and sculptures that are part of our nation?s cultural heritage.?

The health effects of bombarding the skies with sulphur dioxide alone are enough to raise serious questions about whether such programs should even be allowed to proceed.

The following health effects are linked with exposure to sulphur.

According to the LennTech website, ?Laboratory tests with test animals have indicated that sulfur can cause serious vascular damage in veins of the brains, the heart and the kidneys. These tests have also indicated that certain forms of sulfur can cause foetal damage and congenital effects. Mothers can even carry sulfur poisoning over to their children through mother milk. Finally, sulfur can damage the internal enzyme systems of animals.?

Even pro-geoengineering scientist Mark Watson, admits that injecting sulphur into the atmosphere could lead to ?acid rain, ozone depletion or weather pattern disruption.?

Given the fact that Bill Gates is a member of a secret billionaire?s club that meets to discuss the threat caused by overpopulation, many find it insidious that he is simultaneously funding projects which threaten to depopulate poor areas of the world by causing droughts which could potentially kill millions through starvation.