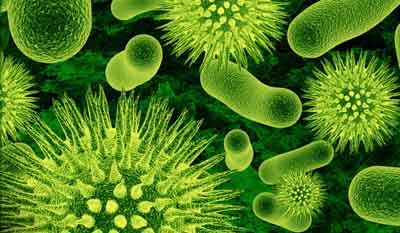 It is no longer a secret that drug-resistant bacteria are rapidly emerging and spreading all around the world as a result of the continued overuse and abuse of antibiotic drugs in both conventional medicine and industrial agriculture. But now it appears that the genes responsible for spawning these so-called “superbugs” are also spreading, and turning otherwise mild conditions such as throat infections into deadly killers.

Known as NDM-1, or New Delhi metallo-beta-lactamase-1, these genes basically hitch a ride on mobile DNA loops known as plasmids, and latch themselves onto various bacteria whenever and wherever they find an opportunity. The end result of this parasite-like invasion into bacteria is that even largely innocuous microbes can become extremely virulent and fully able to outsmart even the strongest antibiotic drugs available.

“Things as common as strep throat or a child’s scratched knee could once again kill,” said Margaret Chan, Director-General of the World Health Organization (WHO) at a recent meeting in Copenhagen, Denmark, about the phenomenon. “Hip replacements, organ transplants, cancer chemotherapy and care of preterm infants would become far more difficult or even too dangerous to undertake.”

According to a recent report by Bloomberg, the spread of NDM-1 and antibiotic-resistant superbugs has become so extreme that even beneficial bacterial, also commonly referred to as “probiotics” or “gut microflora,” are being affected as well. And as long as antibiotics continue to be abused in the careless way that they now are globally, the situation will only worsen over time until eventually even the most minor infections and injuries become fatal.

“If this latest bug becomes entrenched in our hospitals, there is really nothing we can turn to,” said Donald E. Low, head of the public health lab in Toronto, Ontario. “Its potential is to be probably greater than any other organism.”

How you can help fight antibiotic-resistant superbugs

Besides raising awareness about the issue and pushing for a complete moratorium on antibiotic drug use, there is little that can be done on a large scale to effectively stop the spread of antibiotic-resistant superbugs. But there are some simple steps you can personally take to help you and your family avoid superbug infection.

*If you eat meat, purchase only pasture-raised, antibiotic- and hormone-free varieties. Conventional meat from animals raised in confined feedlots is often loaded with antibiotics, chemicals and other toxins that can exacerbate the superbug problems. By consuming only grass-fed, organic meats, you and your family will avoid repeated exposure to meat-based antibiotics and any superbugs that might be living in it.

*Avoid taking antibiotic drugs, and instead try colloidal silver, garlic, coconut oil and other natural antibiotics. Instead of taking prescribed antibiotics for every minor ailment, which is contributing greatly to the spread of superbugs in society today, try boosting you and your family’s immune systems with bacteria-resistant superfoods. You can also promote healthy bacterial growth that naturally fights off the deadly kind by drinking kombucha tea and eating kefir, yogurt, and other probiotic foods.

*Educate your friends and neighbors about drug-resistant superbugs, and the dangers of antibiotic overuse. Many people are simply unaware of how antibiotic drug abuse is contributing to the rise of deadly superbugs. By sharing this information with your friends and neighbors, and teaching them about how to boost their immune systems naturally with herbs, superfoods, clean water, organic produce, and probiotics, you can help to bring about real change on a societal scale.