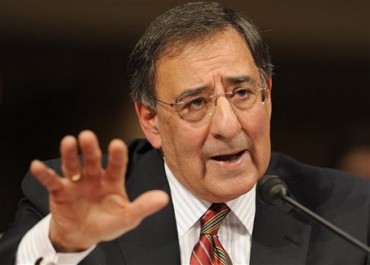 On Sunday U.S. Secretary of Defense Leon Panetta said the United States is ?ready from a military perspective?? to attack Iran under the guise of preventing it from obtaining nuclear weapons.

Panetta?s comments arrive after the U.S. and members of the United Nations Security Council held talks in Baghdad on Iran?s supposed nuclear threat.

?I think it was a complete failure, in terms of content,? an Iranian diplomat told McClatchy on Friday. ?The more they talk, the worse it gets.?

Despite Iran?s willingness to negotiate, a senior U.S. official has stated that harsher sanctions will be imposed on the Islamic Republic. The U.S. and Israel believe Iran is engaging in the talks ? a third one will be held in Moscow next month ? in order to buy time for its nuclear program.

?We are doubtful it is possible to reach an agreement with Iran, but we must exhaust the diplomatic path ? because the alternative, whether it?s a nuclear Iran or a regional war, is very serious,? Israeli Army Radio quoted the official as saying.

?Unfortunately, the newly built trust between Iran and the 5+1 powers is in danger of collapse because of the unreasonable insistence by hawkish politicians and pundits in the West who echo Tel Aviv?s demands that Iran halt all enrichment activities and shut down the underground Fordo facility, even though the I.A.E.A. inspects it regularly,? a New York Times op-ed said prior to the meeting in Baghdad.

Inspectors from the International Atomic Energy Agency found traces of uranium enriched up to 27 percent at the Fordo enrichment facility in February. Diplomats said Iran?s technicians may have miscalibrated cascades of centrifuges before adjusting them down to the 20 percent level, according to McClatchy.

Over 90 percent enrichment is required to make an atomic weapon.

Israeli prime minister Netanyahu said that the talks will be successful only if Iran agrees to halt all uranium enrichment, ship its current stockpile of enriched uranium out of the country and dismantle an underground enrichment facility near the city of Qom, the Associated Press reported on May 9.

Israeli Defense Minister Ehud Barak has said Iran will soon enter an ?immunity zone? that will result in military action.

?We have plans to be able to implement any contingency we have to in order to defend ourselves,?? Panetta told ABC?s This Week. ?The fundamental premise is that neither the United States or the international community is going to allow Iran to develop a nuclear weapon.??

Panetta is apparently basing his comment on speculation made by an Israeli deputy defense minister who said in February that Iran is working on a missile with a range of 10,000 kilometers and would be capable of striking the United States.

Moshe Yaalon said the missile was designed to hit the ?Great Satan,? the Iranian name for the United States. ?It was aimed at America, not at us.?