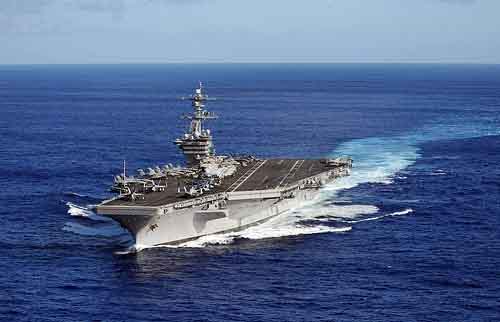 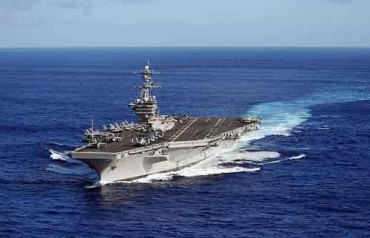 The latest Stratfor Naval Update map suggests that reports speculating a potential Israeli attack on Iran has been delayed until next year are accurate. With the U.S. having positioned numerous aircraft carriers and other warships in the Persian Gulf, it now appears at least some of them are departing.

Only last month it appeared that the attack on Iran was imminent given the fact that no fewer than three U.S. aircraft carriers were either already stationed in or on their way to the Persian Gulf, in addition to four anti-mine ships and other warships.

However, the latest naval map suggests that the U.S. is removing its hardware from the region.

The USS Carl Vinson, which has been patrolling the Strait of Hormuz since January, has been re-assigned to the 7th fleet area of operations and is set to take part in a naval exercise with India.

The USS Lincoln, which was deployed to the Persian Gulf in December, is still listed as operating in the 5th fleet, but the map shows it is now moving away from the Strait of Hormuz.

The USS Makin Island (LHD-8) Wasp-class amphibious assault ship is also on a course taking it away from the region.

In addition, the USS Enterprise, which had been expected to join the Vinson and the Lincoln in waters just outside Iran has now been assigned to the 6th Fleet area of operations.

The apparent pullout is likely related to numerous indications over the last two weeks that the Israelis have decided to postpone an assault on Iran?s nuclear facilities until next year.

– On Wednesday, Israeli writer Richard Silverstein reported that he had been told by a confidential source close to a Likud Party member that ?Bibi Netanyahu has decided to delay an Israeli attack on Iran until some weeks or possibly months before the next scheduled Israeli election? in 2013.

– On the same day the Jerusalem Post, citing anonymous defense establishment officials, also reported that the attack had been delayed until next year. ?It could happen this year, but also 2013 is a possibility,? said the source. ?We will need to wait to see the effect sanctions and diplomacy have on Iran and what the regime decides to do.?

– Last week Haaretz correspondent Amir Oren?s reported that the attack had been delayed until spring 2013 as a consequence of a joint US-Israeli wargame that did not produce the desired results. Oren also claimed that Israeli Defense Minister Ehud Barak?s acknowledgment that Israel would not launch the attack without U.S. support before the American presidential election represented, ?An announcement that this war was being postponed until at least the spring of 2013.?

– Last month it was also reported that Israel had ?agreed to hold off a strike on Iran?s nuclear sites this year in exchange for receiving U.S. military equipment,? including bunker-busting bombs and refueling planes. The deal was seen as a tacit admission that the Obama administration would support Israel in launching the attack but only after the election in November.

It remains to be seen whether these naval maneuvers are just part of a strategy to put Iran on the back foot, but all indications suggest that the attack has been postponed for the time being.