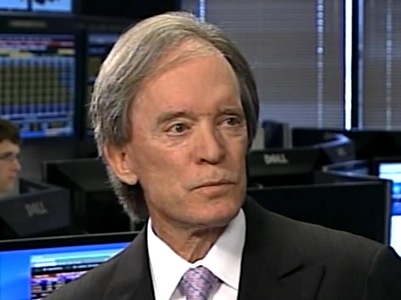 Bill Gross starts 2012 with a bang in a new note titled “Towards The Paranormal”, with “paranormal” being an international successor to PIMCO’s famous ‘new normal’ descriptor.

The world has too much debt, too little trust, and is vulnerable towards total collapse.

How many ways can you say ?it?s different this time?? There?s ?abnormal,? ?subnormal,? ?paranormal? and of course ?new normal.? Mohamed El-Erian?s awakening phrase of several years past has virtually been adopted into the lexicon these days, but now it has an almost antiquated vapor to it that reflected calmer seas in 2011 as opposed to the possibility of a perfect storm in 2012. The New Normal as PIMCO and other economists would describe it was a world of muted western growth, high unemployment and relatively orderly delevering. Now we appear to be morphing into a world with much fatter tails, bordering on bimodal. It?s as if the Earth now has two moons instead of one and both are growing in size like a cancerous tumor that may threaten the financial tides, oceans and economic life as we have known it for the past half century. Welcome to 2012.

But before ringing in the New Year with a rather grim foreboding, let me at least describe what financial markets came to know as the ?old normal.? It actually began with early 20th century fractional reserve banking, but came into its adulthood in 1971 when the U.S. and the world departed from gold to a debt-based credit foundation. Some called it a dollar standard but it was really a credit standard based on dollars and unlike gold with its scarcity and hard money character, the new credit-based standard had no anchor ? dollar or otherwise.

All developed economies from 1971 and beyond learned to use credit and the expansion of debt to drive growth and prosperity. Almost all developed and some emerging economies became hooked on credit as a substitution for investment in tangible real things ? plant, equipment and an educated labor force. They made paper, not things, so much of it it seems, that they debased it.

Interest rates were lowered and assets securitized to the point where they could go no further and in the aftermath of Lehman 2008 markets substituted sovereign for private credit until it appears that that trend can go no further either. Now we are left with zero-bound yields and creditors that trust no one and very few countries. The financial markets are slowly imploding ? delevering ? because there?s too much paper and too little trust. Goodbye ?Old Normal,? standby to redefine ?New Normal,? and welcome to 2012?s ?paranormal.?

This process of delevering has consistently been a part of PIMCO?s secular thesis but ?implosion? and ?bimodal fat tailed? outcomes are New Age and very ?2012ish.? Perhaps the first observation to be made is that most developed economies have not, in fact, delevered since 2008. Certain portions of them ? yes: U.S. and Euroland households; southern peripheral Euroland countries. But credit as a whole remains resilient or at least static because of a multitude of quantitative easings (QEs) in the U.S., U.K., and Japan.

Now it seems a gigantic tidal wave of QE is being generated in Euroland, thinly disguised as an LTRO (three-year long term refinancing operation) which in effect can and will be used by banks to support sovereign bond issuance. Amazingly, Italian banks are now issuing state guaranteed paper to obtain funds from the European Central Bank (ECB) and then reinvesting the proceeds into Italian bonds, which is QE by any definition and near Ponzi by another.

So what does it all mean? Basically that the future could be characterized by horrible, zero-rate growth on one hand, or implosion on the other hand.

This new duality ? credit and zero-bound interest rate risk ? is what characterizes our financial markets of 2012. It offers the fat-left-tailed possibility of unforeseen ? delevering – or the fat-right-tailed possibility of central bank inflationary expansion. I expect the January Fed meeting to mirror in some ways what we have first witnessed from the ECB. It won?t take the form of three-year financing by a central bank ? but will give assurances via language that the cost of money will remain constant at 25 basis points for three years or more ? until inflation or unemployment reach specific targeted levels. QE by another name I suggest. If and when that doesn?t work then a specific QE3 may be announced ? probably by mid-year ? and the race to reflate will shift into high gear. But the outcome of left-tailed delevering or right-tailed inflation is not certain. Both tails are fat.