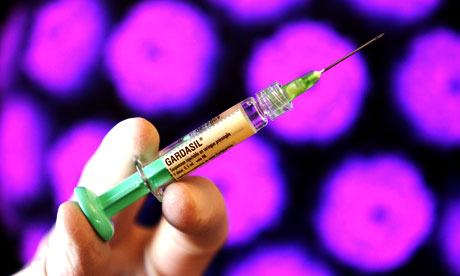 At its recent board meeting in Bangladesh, the GAVI Alliance, formerly known as the Global Alliance for Vaccines and Immunizations, announced plans to bring the deadly human papillomavirus (HPV) vaccines Gardasil (Merck & Co.) and Cervarix (GlaxoSmithKline) into the third world. A pro-vaccination group backed by the World Bank, UNICEF, the Bill & Melinda Gates Foundation, and the vaccine industry, GAVI’s stated goal is to vaccinate 240 million children by 2015.

As many as two million women and girls in nine unidentified developing countries could soon receive one of the two HPV vaccines, even though cervical cancer accounts for less than 1 percent of all cancer deaths (http://washingtonexaminer.com/node/…). The US Food and Drug Administration (FDA), however, has stated that “HPV is not associated with cervical cancer” at all (http://www.naturalnews.com/022404.html).

And yet the vaccine industry through its various “nonprofit” and government partnership continues to push the deadly vaccine on young girls, women, and now even young boys around the world, despite the fact that it does not work and can cause horrific side effects. According to the latest figures released by the US Centers for Disease Control and Prevention (CDC), Gardasil alone has caused more than 20,000 adverse events and 71 known deaths since it was first unveiled (http://www.cdc.gov/vaccinesafety/va…).

These figures are actually higher when taking into account the 26 additional deaths concealed in US Food and Drug Administration (FDA) documents that were recently exposed by Judicial Watch, a public watchdog group (http://www.infowars.com/uncovered-f…). SaneVax, a vaccine group that tracks HPV vaccine cases, says there have actually been more than 23,300 adverse events and 103 deaths caused by HPV vaccines, to date (http://sanevax.org/).

With all this in mind, it is concerning, to say the least, that GAVI is advocating that the poorest women and children in the world be subjected to this chemical poison. Nevertheless, the group is reportedly working on a deal with both Merck and GSK to get the vaccines at a reduced rate, and the UN World Bank will be issuing bonds to countries in order to fund the whole HPV vaccine campaign.

Millions of toxic HPV vaccines for women and girls in third-world countries at a bargain price
http://idokjelei.hu/2011/12/millions-of-toxic-hpv-vaccines-for-women-and-girls-in-third-world-countries-at-a-bargain-price/