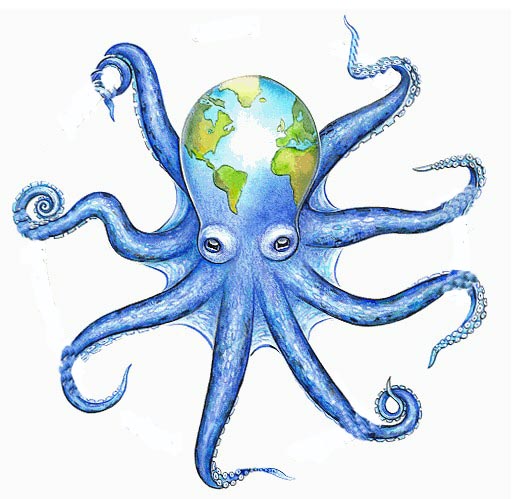 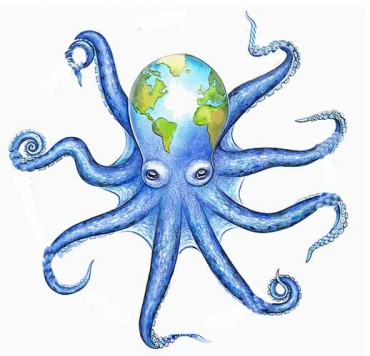 The signs of the end are all around us, signs of the coming One World Government or Global Governance as the globalist like to call it. The world is being prepared for it & the eventual rise of the Antichrist and a new worldwide financial infrastructure. Do you not see the hand of the globalists working behind the scenes to bring about this one-world power? Globalization? Ha! Globalization is nothing without the strong hand of the globalists driving and pushing for it. It is an unnatural system that would never form without those in the position of power forcing it upon the world. The world is fatalistic now; they see it as a natural course of events. But it’s not happening nat­urally; there’s a definite plan behind it. The globalists want all the markets linked so they can pull the plug on them all in one shot.

They don’t want to have to destabilize the world country by country; they want to do it all in one take. That’s why all the financial markets and exchanges are getting more and more linked and interdependent. They’ll be able to crash the entire market economy of the world with one phone call, one push of a button. They’ll be able to pull the world down to poverty in an instant.

The global exchange will rise and fall at whim. They will take the entire stock market, bonds, securities, commodities, and other financial markets down with them in one shot to ensure that the entire civilized world falls into chaos at the same time.

They will want it to happen quickly so that the whole world will be open and ready for a New World Order. It’ll happen in a blink of an eye.

They need faster technology to help their plans to work, so they’re pushing for and welcome new developments in information technology. They’re behind much of the research into cloning, biotechnology, and chip advancement. They’re funding and fueling its current drive, because they need results. They need the biggest brains out there working on solutions that are going to benefit their system.

They’re building the new networks now. They’re working furiously behind the scenes to ensure that their system, the World Government, will be undisputed and functional. What you see on the surface is only the tip of the iceberg. What you see now is only the aftereffect of what’s really happening out there on the front lines of tech­nology.

All the big players are involved in this plan. While they make it appear as if each one has their own agenda and plan, and they strive to keep up the façade of independence and of making these advancements for the good of their respective nations, behind closed doors they’re getting their orders straight from the top. They don’t do a thing without being told what to do by the globalists who are in charge and running the show. They’re financing more and more global projects and buying out or crushing competition.

They’re behind the major mergers we hear about. They are consolidating the markets, making sure the big money boys have absolute control over what?s happening. They want to make sure that all their assets are shored up and in safe industries when they pull the plug. They want to make sure that they have a corner of the market in all the major industries–media, automobiles, electronics, software, you name it. They didn’t stop with oil, after seeing how successful they had been, they moved onto other markets, just like any good businessman would. They know how to use the system, as they created it to suit their needs. They know how to weave a dastardly web of deception that’s going to draw the world in, without most of the world realizing they’re caught. (2nd Timothy 3:13)

You’ve seen sign after sign! Inter­national borders are being dissolved with the help of modern communica­tions and intricate networks. Everything is interconnected and inter­linked. With modern tech­nology and advanced systems, computer chips and hi-tech surveillance “Big Brother” is watching and is ready to give the ?go? sign! Everything’s in order for the final scene! Every­thing’s falling into place for the global economy to take off, and things are moving fast!

The common people of the world are becoming more and more fed up with their national leaders and their inability to help the poor or put an end to injustice and war or to rein in their burdensome taxes and unjust laws, corruption and inefficiency.

These troubles help to prepare the way for the World Government & eventual rise of the Antichrist, who will come with solutions to these problems in the form of more unity, a more united global response to wars and terrorism, diseases and catastrophes, refugees, economic inequality, and the many other hardships plaguing the world, many of which have been caused by the globalists themselves in the first place! (Dan 11:21-24; 8:23-25. 1Thesolonians 2:1,3.)

The time is close when an even greater economic depression will hit the world, making people so desperate that they?ll accept anything if only it will end their misery. The world is being prepared for the coming World Government & its eventual leader the Antichrist and a new worldwide financial infrastructure, with a new global currency.

These events, tragic and terrifying as they may be, are all part of God?s End Time plan, and the sooner they play out the sooner Jesus will return to put an end to all suffering, sorrow, pain, and evil. Then, and only then will truth and justice prevail, and at last ?the earth will be filled with the knowledge of the glory of the Lord, as the waters cover the sea? (Habakkuk 2:14).