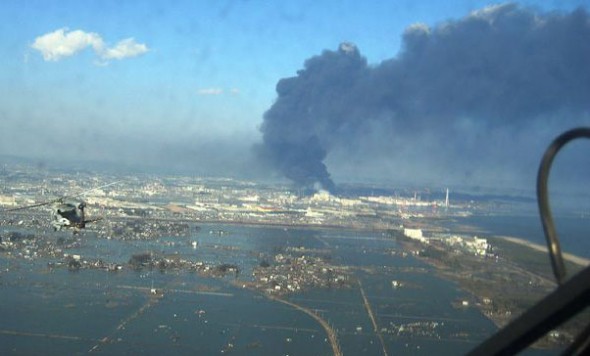 Absent further deterioration at the Fukushima plant over the weekend, the next big shoe to drop will be public reaction when the radioactive fallout hits Tokyo (and other major populated areas). And juging by the latest data available from Central Institute for Meteorology and Geodynamics (ZAMG) in Austria, Tokyo, which so far has been spared by friendly winds, may get its first dose of radiation by the weekend. Below we present the latest animated color-coded data for both Japan and the world, which extrapolates both fallout strength and direction. As ZAMG explains the fallout is, “currently in a critical region, dominated by a westerly flow. On the ground, the wind is relatively weak. There is no precipitation. Soon the wind will blow from the south-east and intensify. On Sunday rain front will arrive from the southwest to the crisis area and lead to some strong precipitation (radioactive rain). Behind the front, northerly winds are forecast, so the situation for the Tokyo area may again be critical. The dispersion calculations show fallout is now mainly transported to the sea. Currently cloud have a southeast direction, which will change to northeast tomorrow (see illustrations). Subsequently, more areas in Japan will be covered by fallout.”

And more importantly for everyone not in Japan, the global fallout tracker:

And as the forecast, map cuts off mid day on March 20, this is how the wind pattern will look on that day. 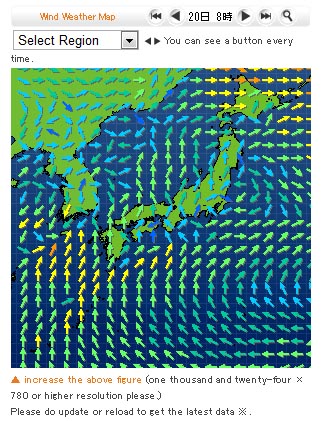