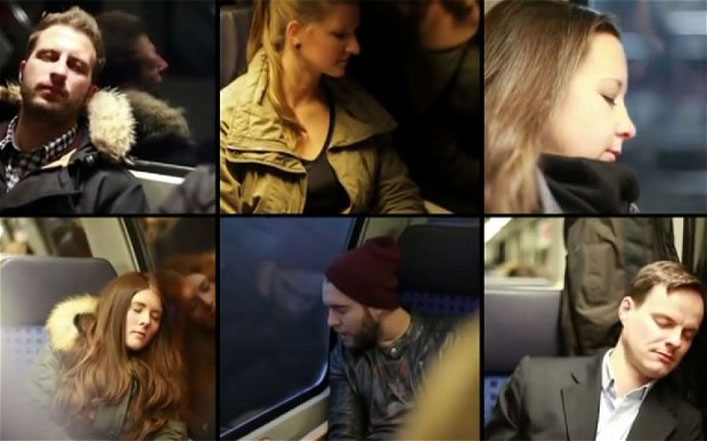 Passengers leaning their head against the window will “hear” adverts “coming from inside the user’s head”, urging them to download the Sky Go app.

The proposal involves using bone conduction technology, which is used in hearing aids, headphones and Google’s Glass headset, to pass sound to the inner ear via vibrations through the skull.

A video for the Talking Window campaign released by Sky Deutschland and ad agency BBDO Germany states: “Tired commuters often rest their heads against windows. Suddenly a voice inside their head is talking to them. No one else can hear this message.”

The voice comes from a Sky-branded transmitter made by Audiva that is attached to the train window.

BBDO spokesman Ulf Brychcy told the BBC: “If our customer Sky Deutschland agrees, we will start with the new medium as quickly as possible.

“Some people don’t like advertising in general. But this is really a new technology. [It might] not only be used for advertising, but also for music, entertainment, mass transport information, weather reports and so on.”

Sky Deutschland said it had not made a decision on whether to launch the campaign.