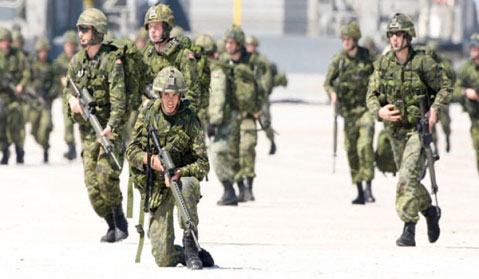 Endtimeinfo: For a brief overview of the importance of the Middle East crisis see the following Bible Studies: The Middle East Crisis, The Temple and the Last Seven Years 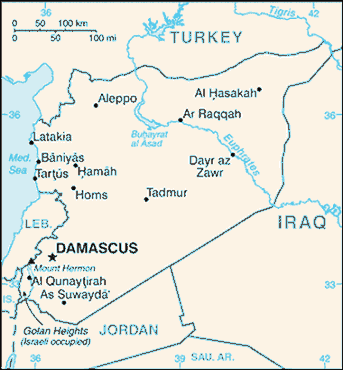 Military forces in Syria, Lebanon and Jordan have raised their alert levels following an Israeli attack inside Syria on Wednesday.

The Arabic-language daily Lebanese newspaper Addiyar reports that Syria has moved troops to the Israel-occupied Golan Heights, the Lebanese Army has reinforced its southern outposts and Jordan has positioned troops on the Jordan River border with Israel, according to The Voice of Russia.

DEBKAfile reports that the Russian fleet in the Mediterranean is also on high alert. Its military sources claim that ?Turkish units on the Syrian border are on high preparedness although Ankara played down the reports of the Israeli air strike in Syria, uncomfortable over the fact that the Israeli Air Force was the first external power to intervene directly in the Syrian conflict.?

DEBKAfile claims that U.S. forces stationed at the Turkish Incerlik air base, U.S. Special Forces deployed at the Jordanian Mafraq air facility and American, German and Dutch Patriot missile units on the Turkish border are also on high preparedness.

The Russian Foreign Ministry issued a statement on the attack. ?If this information is confirmed, then we are dealing with unprovoked attacks on targets on the territory of a sovereign country, which blatantly violates the UN Charter and is unacceptable, no matter the motives to justify it,? the ministry said on Thursday.

Iran?s foreign minister condemned what he called Israel?s ?brutal aggression? against Syria. ?There is no doubt that this aggression is part of a Western and Zionist strategy to push aside the success of the Syrian people and government to return to stability and security,? Ali Akbar Salehi said in a statement.

Reuters portrayed the attack as ?a warning by Israel to Syria and Hezbollah not to engage in the transfer of sensitive weapons,? but Dr. Ali Mohamad, editor-in-chief of the Syria Tribune news website, told RT alleged worries about chemical weapons in Syria are a pretext to destroy the al-Assad regime?s military research centers and make certain Damascus is unable to produce arms for its military or regional allies.

Mohamed said Israel is working with the CIA?s mercenaries inside the country to target and destroy Syria?s weapons capability.

Neocon media emphatically states that the Israeli attack targeted Syria?s chemical weapons. ?The Syrian strike can be seen as a precursor to a strike on Iran as Israel demonstrates that it will take action if a WMD red line is crossed,? writes David Greenfield for Frontpagemag, a website published by former Marxist David Horowitz.

The attack considerably escalates tensions in the region and possibly sets the stage for direct military intervention inside Syria.

?The prevailing estimate in military and intelligence circles in Washington and NATO capitals is that the Israeli air attack on the Syrian military site near Damascus was but the opening shot for the coming round of military blows they expect to be exchanged in the near future between Israel, Syria and Hezbollah, with Iran possibly waiting in the wings for a chance to pitch in,? DEBKAfile speculates.