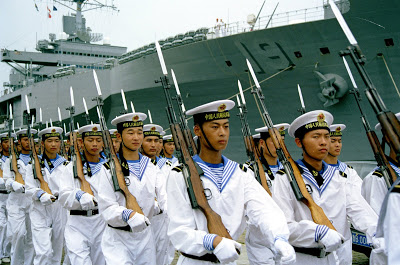 ?And ye shall hear of wars and rumours of wars: see that ye be not troubled: for all these things must come to pass, but the end is not yet. For nation shall rise against nation, and kingdom against kingdom?? ? Matthew 24:6-7

Via Voice of America 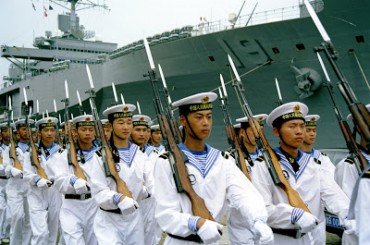 As tensions between China and Japan escalate, China?s People?s Liberation Army (PLA) has been told to prepare for war in a training directive issued by the General Staff Headquarters, which oversees the entire PLA.

?The PLA and the Chinese People?s Armed Police Force (APF) should focus closely on the objective of being able to fight and winning battle, vigorously strengthen real-combat-like military training, practice and innovate the training mode under information-based conditions and intensify efforts to cultivate new-type and high-caliber military personnel,? according to a reference to the directive on the English version of the People?s Liberation Army Daily, the official newspaper of the PLA. The directive was issued in Chinese and is entitled ?Instructions on the PLA?s Military Training in 2013.?

Past directives have largely focused on coordination among the various PLA branches, in contrast to the strong language of this year?s version.

?What has attracted attention is that the directive has called on Chinese forces to be prepared to fight using a particular Chinese term,? said Taylor Fravel, an expert on Chinese foreign policy and security at MIT.

The term, according to a report in the South China Morning Post, is dazhang, which means ?fighting wars.? The phrase did not appear in last year?s directive.

While the official directive does not mention Japan, a commentary about the directive also appearing in the People?s Liberation Army Daily makes clear that Japan is the would-be adversary.

Citing escalating tensions with Japan over the ongoing dispute over the Senkaku/Diaoyu Islands, the commentary claims the new administration of Japanese  Prime Minister Shinzo Abe is working to ?draw? Vietnam, the Philippines and other East Asian countries together ?to contain China.?

?Japan?s Self-Defense Forces have held very frequent drills focused on the Diaoyu Islands for the past days, and boasted of firing warning shots at China?s marine surveillance ships,? according to the commentary, which is signed by Guo Jianyue, a senior reporter at the newspaper. ?This confrontation between China and Japan, which has been so rare since World War II, has escalated from the original air force mutual monitoring over the waters around the Diaoyu Islands to the verge of war.?

Despite the rhetoric, Allen Carlson, an associate professor of government at Cornell University, said China could be merely sabre rattling.

?I still think, and perhaps I am wrong, that most of this is bluffing, an extreme form of such an action, and not one that is not without the risk of escalation, but still falls short of an actual declaration of war, and from direct military engagement,? he said.

Carlson added that China has not engaged in direct military conflict of any sustained kind since 1979 with Vietnam.

?Now, past performance is no guarantee of future outcomes, but until this line is crossed, I will continue to think that Beijing is likely to want to stop short of it,? he said.