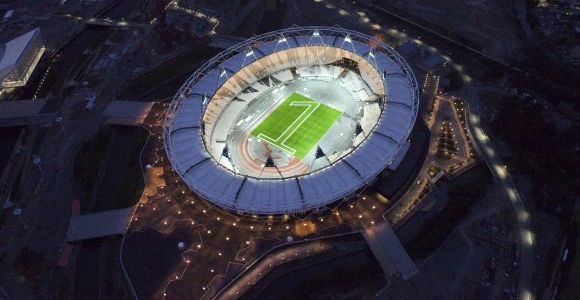 End Time Info: It is not usual for our website to publish articles such as this one, however we felt that regardless of what the upcoming Olympic Games might hold, the information shared here is important and useful. We do not want to strike fear in anyone, but it is better to be forewarned and be prepared and not need it, than the other way around. 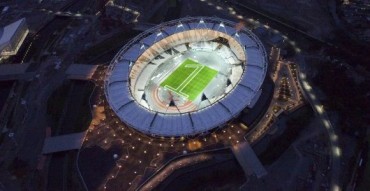 An undercover journalist going by the pseudonym ?Lee Hazledean? has blown the whistle on astounding revelations about how he infiltrated the G4S ? the company responsible for security at the London Olympics ? and discovered shocking plans for the evacuation of London, 200,000 ?casket linings? being on standby, along with botched security procedures that leave the Games wide open to attack.

Hazledean?s interview with Tony Gosling, Bilderberg.org editor and host of BCFM?s Friday Drivetime, has gone viral on the web over the last few days. Hazledean is an undercover journalist for a television program in London and has worked with news agencies on hard-hitting subjects, but when he approached the mainstream media with his bombshell story, they showed no interest. (See here: http://www.youtube.com/watch?v=ssKbXvst0Wk)

When Hazledean asked Channel 4 News Home Affairs Correspondent Andy Davies if he would run the story, Davies said he wasn?t interested and days later Channel 4 ran a puff piece about G4S which portrayed the organization as competent and trustworthy.

?I sent him an email, I called, he wasn?t interested and he said there?s a media blackout on this kind of story, that nobody would be interested in running it,? said Hazledean.

In the interview, Hazledean divulges how he merely had to fill in an application form to get a job with G4S, the private company providing security for the Olympics, that he underwent no background check whatsoever, and that his personal references were not checked.

Employees are given just two days of training to run airport-style security checkpoints which include body scanners, which Hazledean said ?would be turned off completely? at peak times, meaning terrorists could just walk straight into the event with ammunition or explosives and have an excellent chance of remaining undetected.

?In fact, I was asked to be a would-be terrorist on the final training day and I was given a knife, a gun and an IED, and on all three occasions throughout the day I got through the metal detector and I also got through the x-ray machine scanner,? said Hazledean, adding that terrorists could quite easily stage a ?massacre? given the lax nature of the security.

?They?re not training them properly?it?s quite open to a terrorist attack very easily and I don?t say that lightly,? said Hazledean, adding that he witnessed G4S members doing drug deals while training classes were taking place, while others were taking surveillance photos on their cellphones of supposedly secure areas. Hazledean said a lot of the security staff were poorly qualified and that many of them could barely speak English.

Hazledean also revealed how the large contingent of soldiers being brought into London for the Olympic Games included ?a lot of UN troops being posted in and around London,? including American and German troops.

The whistleblower also revealed how unauthorized personnel were being handed G4S uniforms and that uniforms had been stolen.

Hazledean?s most chilling revelation was how he learned about preparations to evacuate London and how, ?The security guards used for the Olympics will be at the forefront of getting the public out of London.?

?They seem quite serious about it, they?ve spent a lot of time on this,? said Hazledean, noting how G4S spent two hours talking about the evacuation of London in comparison to just half an hour talking about security screening procedures for the Olympics itself.

The whistleblower also noted how the 100,000 plus troops that would be stationed in London during the Olympics would be enough to carry out such a large scale evacuation.

Another chilling facet Hazledean learned was that 200,000 casket linings (temporary coffins) were being shipped in to London that can hold four bodies each. The whistleblower expressed his amazement at why security guards working on mundane screening procedures would need to be told such information.

The whistleblower also revealed how he was told Predator drones would be circling London in readiness for terrorist attacks, and that G4S employees were shown a video of a drone killing a group of people in Afghanistan.

Hazledean noted how G4S leaders saw the public as ?the scum of the earth? and also told their employees that the police had no authority over them. He also related how one of the leaders told him that an event after the Olympics would be a ?defining moment? for London but when pressed, refused to divulge what she meant.

Hazledean is not the first to blow the whistle on G4S. Earlier this month, data input clerk Sarah Hubble revealed that she was fired by G4S after complaining that G4S was cutting corners in their security preparations for the Olympics and that she herself had not been vetted.

Speaking with Infowars, Hazledean said that he had been making contingency plans for if his life was put in danger or if he became a target for the authorities in any other way after blowing the whistle on the scandal.

Asked about a meme circulating the web that conspiracy theories about a false flag attack occurring at the London Olympics are being deliberately allowed to proliferate in order to make ?truthers? look paranoid after nothing happens, Hazledean stressed that merely getting the story out was necessary as it could derail any planned attack.