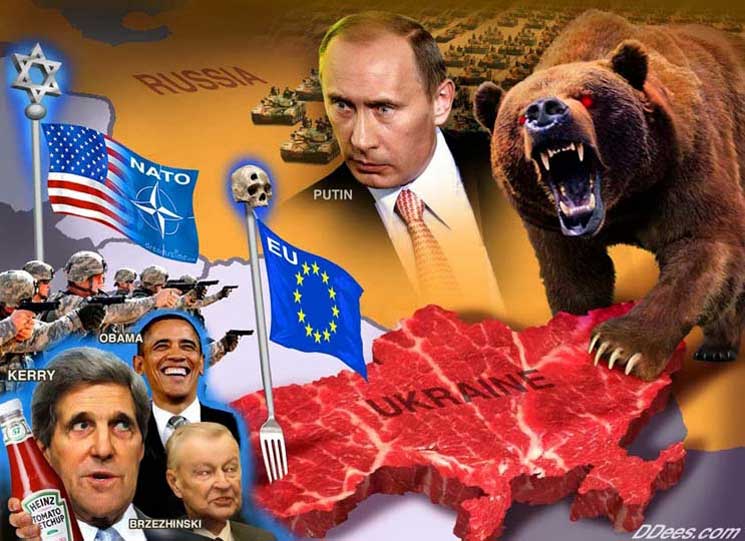 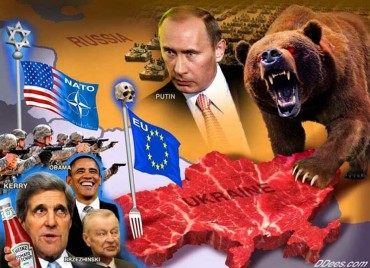 On one level, the struggle over Ukraine is a deadly US/EU/Russian game of territory, involving governments, intelligence agencies, corporations, and banks.

But at a higher level, as usual, sit the elite Globalist players. And their motives are different. They see every conflict as an opportunity to negotiate the aftermath.

And that negotiation produces a codified structure of cooperation between the enemies that is larger than the previous structure.

For example, there were banks and corporations (Standard Oil, ITT, IBM, etc.) who were aiding both sides in WW2. And in the aftermath, a much larger market for goods (Europe-US) was created.

The US government, in its European rebuilding efforts, made sure of that.

Post WW2, Europe itself started on the road toward creating the current European Union, which is a vast bureaucracy that sits over the entire continent.

That way, you put more people, land, resources, and labor under the umbrella.

There is only one exception. If either of the conflicting parties, in the aftermath, refuses to build those cooperative bridges, the Globalist scheme doesn?t work.

So, vis-a-vis the Ukraine conflict, if Russia or the US, in the aftermath, says no to building new cooperative structures (either out in the open, or behind closed doors), that ?defector? is now a Globalist target for further chaos and destabilization.

Until it relents and joins the Club.

Above the saber rattling and angry accusations, and characterizations of ?a new Cold War,? Ukraine is a pawn in the Globalist game of bringing Russian and US power players into closer accord?kicking and screaming, if necessary.

In accord, but not in a good way. In a Globalist way.

Because the Globalist agenda is a planet of One Nation, where all borders are ultimately erased, and the ruling class of money and corporate power and political torque is enthroned.

This program is neither Left nor Right. It hides behind exacerbated conflict between Left and Right.

It engenders a reality in which Left vs. Right appears to be the only political game in town.

But it isn?t the only game.

You could call the Globalist agenda socialism, Communism, fascism, corporatism, liberal, conservative, and other names. And each one of those names would contain a kernel of truth. But in fact, Globalism is simply Control. From above. Period.

Yes, there must be certain issues on which the Left and Right disagree. There must be differences. And these issues must be hot. Hot enough to rally supporters who scream at each other across the barricades.

Because that is the kind of distraction Globalism needs to do its methodical work in secret.

If Ukraine follows the blueprint, at the end of the conflict, the US and Russia will be seething at each other. And then?a mediating figure will appear, perhaps from the Rockefeller camp.

And in a private meeting, he will say, ?Boys, cool down. We have a plan. And in this plan, everybody wins. You?ll all go home with something. Look. Look at this. And this. And this.?

And then the new structure of cooperation will be larger than the previous structure.

And it will look good.

But the motive behind it will be: the taking of yet another step in the direction of welding together Planet Earth in one vast management system.

At the top of which sit the rulers.

As David Rockefeller wrote in his 2003 Memoirs:

Some even believe we are part of a secret cabal working against the best interests of the United States, characterizing my family and me as ?internationalists? and of conspiring with others around the world to build a more integrated global political and economic structure?one world, if you will. If that is the charge, I stand guilty, and I am proud of it.