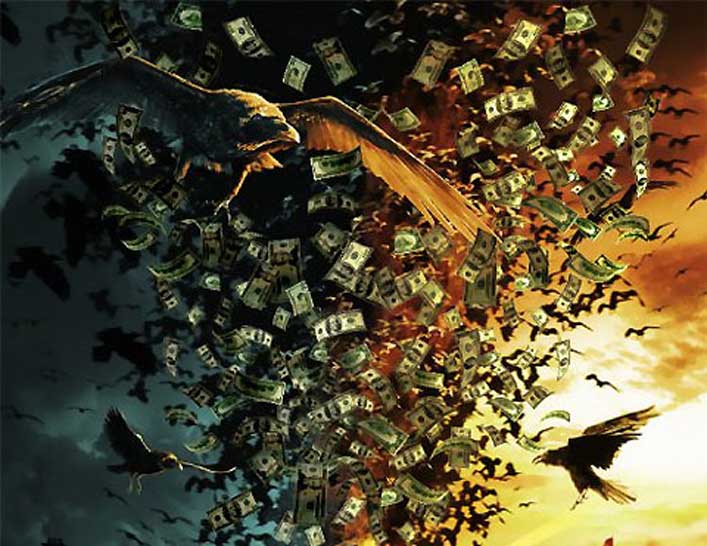 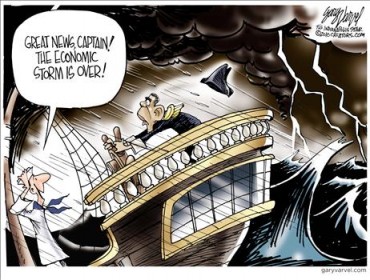 Doing more of what failed spectacularly will not save the day a second time, as the scale required to create yet more phantom collateral and more asset bubbles will collapse the system.

The financial storm clouds are gathering, ominously darkening the horizon. Though the financial media and the organs of state propaganda continue forecasting blue skies of recovery and rising corporate profits, the factual evidence belies this rosy forecast: internal measures of financial and economic activity are weakening across the globe as the state-central bank solutions to all ills–massive increases in credit creation, leverage and deficit spending–have failed to address any of the structural causes of the 2008 Global Financial Meltdown.

This failure to address the causes of 2008 Global Financial Meltdown is disastrous in and of itself–but the status quo has magnified the coming disaster by scaling up the very causes of the 2008 Global Financial Meltdown: excessive credit expansion, misallocation of capital on a grand scale, an opaque shadow banking system constructed of excessive leverage and a dependence on phantom collateral, i.e. risks and assets that are systemically mispriced to skim stupendous profits for financiers, bankers and their political enablers.

This is what I have called doing more of what has failed spectacularly.

Extremes inevitably lead to collapse, but even the most distorted system has some feedback mechanisms that attempt to counter the momentum toward disaster. Just as the body will try to mitigate the negative consequences of a diet of greasy fast food, our grossly distorted financial and political systems still retain some modest feedback loops that attempt to mitigate rising risks.

These interactive forces make it impossible to predict the moment of collapse, even as systemic failure remains inevitable. Precisely when the heart of an obese, unfit person who eats nothing but fast food will give out cannot be predicted, but what can be predicted is the odds of systemic failure rise with every passing day.

Doing more of what has failed spectacularly–inflating new asset bubbles in housing, stocks and bonds via quantitative easing, obfuscating financial skimming operations with thousands of pages of new regulations, and so on–is the equivalent of pushing an obese, unfit person to run uphill. Rather than repair the system, doing more of what has failed further stresses the system.

The state’s response to this economic endgame is depersonalized welfare, both corporate and individual. When favored sectors can’t succeed in the open market, the state enforces cartel-capitalism that enriches the corporations at the expense of the citizenry. When the cartel-state economy no longer creates paying work for the citizenry, the state issues social welfare benefits, in effect paying people to stay home and amuse themselves.

This destroys both free enterprise on the corporate level and the source of individual and social meaning, i.e. the opportunity to contribute in a meaningful way to one’s community, family and trade/skill.

The status quo is as intellectually bankrupt as it is financially bankrupt. Our leadership cannot conceive of any course of action other than central bank credit creation and expanding state control of the economy and social benefits, paid for with money borrowed from future generations.

Let’s take a wild guess that the obese, unfit person won’t make it up the second hill, never mind the third or fourth one. The status quo responded to the financial heart attack of 2008 by doing more of what had failed spectacularly. That injection of trillions of dollars, euros, yen, renminbi, quatloos, etc. revived the global financial system in the same way a shot of nitroglycerin resolves a life-threatening crisis: it doesn’t fix the causes of the crisis, it simply gives the system some additional time.

The next global financial storm is already gathering on the horizon. Doing more of what failed spectacularly will not save the day a second time, as the scale required to create yet more phantom collateral and more asset bubbles will collapse the system.

Intellectual, moral and financial bankruptcy all go hand in hand. There isn’t just one storm gathering on the horizon–there are three, each adding force and fury to the other two.