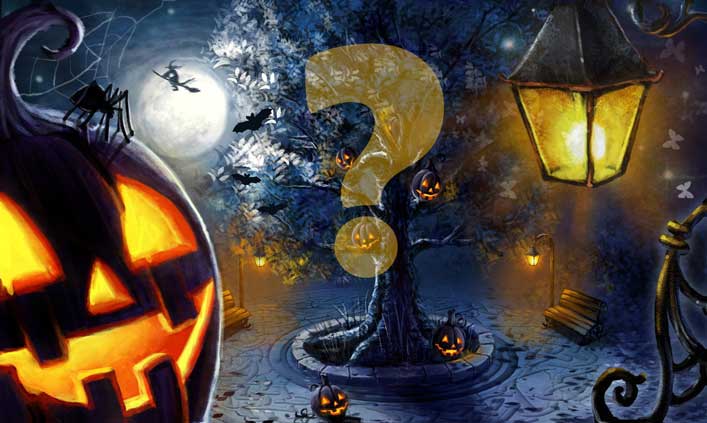 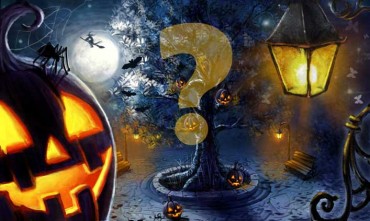 This is always a difficult time for Christians, especially those with children. It has been suggested that for a Christian to be asked to celebrate Halloween is like asking a Holocaust survivor to celebrate Hitler’s birthday!

It is also a dangerous time for some, since many of the seemingly “harmless” involvements associated with Halloween can also be “entries” for the occult, and can prove very tragic for the unwary.

In ancient Britain and Ireland, the Celtic festival of Samhain was observed on October 31, the end of summer. November 1 was the new year for both Celtic and Anglo-Saxon calendars and was one of the most important and yet sinister calendar festivals of the Celtic Year.

Settling in northern France and the British Isles, the Celtic people engaged in occultic arts and worshiped nature, giving it supernatural, animistic qualities. (Much like our Federal government is attempting to enforce today.)

The ancient Druids were the learned priestly class of the Celtic religion. Many of their beliefs and practices were similar to those of Hinduism, such as reincarnation and the transmigration of the soul, which teaches that people may be reborn as animals. The Druids believed that on October 31, the night before their New Year and the last day of the old year, Samhain, the Lord of Death, gathered the souls of the evil dead who had been condemned to enter the bodies of animals.

The Druids also believed that the punishment of the evil dead would be lightened by sacrifices, prayers and gifts to the Lord of Death. (This begins to reveal the strange link between this holiday and the non-Biblical concept of purgatory.)

The souls of the dead were supposed to revisit their homes on this day, and the autumnal festival acquired a sinister significance, with ghosts, witches, hobgoblins, black cats, fairies, and demons of all kinds said to be roaming about. It was the time to placate the supernatural powers controlling the processes of nature.

And, on October 31, 1517, Martin Luther drove a stake into the heart of many of the prevailing non-Biblical concepts by nailing his famous 95 theses to the Castle Church door in Wittenberg, Germany, which started the movement known today as the Reformation-the single most important event in modern history.1 Appropriately, he did this on Halloween.

In early American history, Halloween was not widely practiced until the 20th century, when it was introduced by the Irish Catholic settlements. Gradually, Halloween became a secular observance, and many customs and practices developed. The carved pumpkin may have originated with the witches’ use of a skull with a candle inside to light the way to coven meetings.

The Occult is Increasingly Popular

Halloween is, for many, a “crossover” involvement in which innocent games can lead to serious entanglement with real witches, neo-pagans, New Agers, and other occultists.2 A common pastime is the use of a Ouija board to attempt to contact ghosts or spirits that are believed to be roaming about. This can lead to serious consequences including demon possession.3 Demons have a vested interest in Halloween because it supports the occult, and it also offers novel and unexpected opportunities to control and influence people.

Occultism includes Satanism, astrology, Kabbalah, Gnosticism, theosophy, witchcraft and many forms of serious magic. It includes activities seeking the acquisition of “hidden” things-which are expressly forbidden by God in the Bible.

Halloween practices can open the door to the occult and can introduce forces into people’s lives that they are not equipped to combat.4 There is genuine power in the occult, but it is demonic power.5

Any serious study of Biblical demonology will reveal Satan as the power behind false religion, witchcraft, idolatry and the occult.6 The Word of God makes it clear that these are all to be shunned as dangerous. There were many superstitions and false concepts in ancient Israel about which the Bible is silent. However, occultism, in any form, was punishable by death! Why?

The spiritual power and reality behind idols involves demons.7 The Bible commands us to shun occult practices. Mediums and spiritists are expressly prohibited.8 Nowhere are such practices acceptable.

Every year, many people are perplexed as to how to deal with the children’s celebrations surrounding Halloween. On the one hand, participating in the perpetuation of the usual pagan (and occultic) rituals are hardly the enterprise of a Biblical Christian. On the other hand, creating constructive alternatives can be challenging.

Many churches and families organize a “Harvest” festival with games, prizes, etc., as an alternative party opportunity. These are gaining widespread interest and are to be encouraged.

Organizing a drama event to involve the older children is an alternative candidate; such an effort could include Saul and the Witch of Endor, from 1 Samuel 28, as a play.

[The winning scripts resulting from a play-writing contest held a few years ago are available through K-House.]

Intellect alone is insufficient. “If it were possible, it would deceive the very elect.” This is another example of the necessity to truly understand the Armor of God as outlined in Ephesians 6. This brief review was excerpted from our featured briefing package, Halloween: Invitation to the Occult?

Halloween - An Invitation to the Occult?
http://idokjelei.hu/2013/11/halloween-an-invitation-to-the-occult/