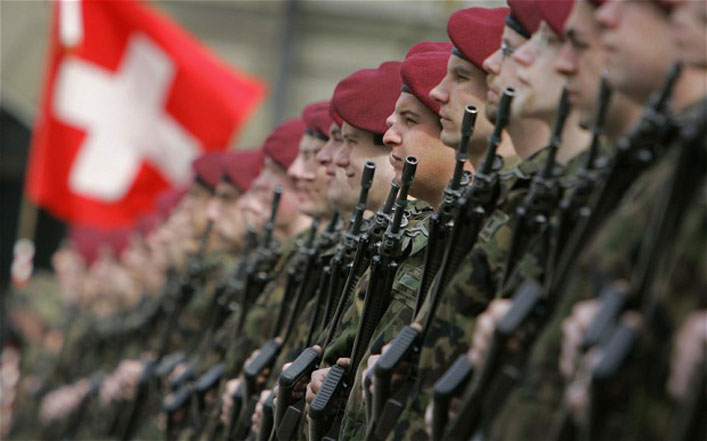 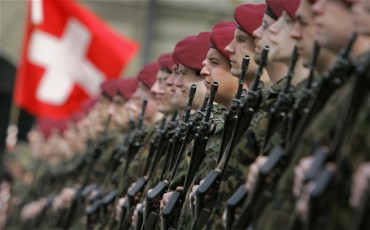 Switzerland has revealed that they, like the US government, have been simulating collapse fall-out scenarios that could stem from widespread economic collapse, violent uprisings and mass refugee migrations.

Nigel Farage, the UK representative in the European Union, speaking at a conference that included Ron Paul as a guest, said earlier this year that the economic climate in Europe and the rest of the world could potentially lead to wholesale violent revolution resulting from a financial cataclysm.

The Swiss were paying attention, as evidenced by an exercise last month that included the invasion of their country by neighboring France.

The war game, referred to as an ?outlandish army exercise? by the London Telegraph, may well be exactly what happens should the European Union dissolve and the French nation goes bankrupt:

Hordes of bankrupt French invade Switzerland to get their hands on their ?stolen? money ? such is the imaginary scenario cooked up by the Swiss military in simulations revealed over the weekend.

Carried out in August, the apparently outlandish army exercise was based on the premise of an attack by a financially stricken France split into warring regions, according to Matin Dimanche, the Lausanne-based daily.

One of these, ?Saônia,? corresponding to the existing Jura region, was preparing attacks on Switzerland to retrieve money it had apparently swiped from France.

Operation ?Duplex-Barbara? went as far as imagining a three-pronged invasion from points near Neufchâtel, Lausanne and Geneva, according to a map published in the Swiss newspaper.

?For its credibility, the Swiss army must work (to ward against) threats of the 21st century,? Antoine Vielliard, Hauate-Savoie councillor, told Matin Dimanche.

This is by no means the first imaginary scenario dreamed up by the Swiss army. Last year, it carried out an exercise based on the premise that a huge wave of refugees crossed into the country after the implosion of the European Single Currency and ensuing chaos across the continent.

?Stabilo Due? centered around a risk map created in 2010 and envisaged internal unrest between warring factions as well as the possibility of refugees from Greece, Spain, Italy, France, and Portugal.

Warning of an escalation of violence in Europe, defense minister Ueli Maurer said at the time: ?I can?t exclude that in the coming years we may need the army.?

Switzerland, which has a standing conscripted army of 155,000 soldiers and allows their citizens to own military class firearms as a national defense measure, knows exactly what is happening.

While the scenarios are outliers, they are by no means imaginary, as the Telegraph would have us believe.

Switzerland is one of the world?s foremost banking capitals, and they understand that the economic system as it exists today is simply unsustainable. Moreover, they are keen on the fact that banks around the world have been gearing up for a major collapse of the financial system.

When it all comes crashing down, as Nigel Farage and others have warned, Europe will explode into another violent revolution, just as it has done numerous times over the last several centuries.

The Swiss aren?t taking any chances and they are preparing to literally lock their country down from the possibility of a mass invasion by a foreign military or rebel forces, as well as mass refugee migrations should the countries around them go bankrupt.

The United States government has simulated similar scenarios, including the threat of financial collapse and the civil unrest that would follow.

As we?ve noted before, the government knows what is coming, and they are putting the control grid into place to handle the blow-back.

The world is on the brink, and anyone who has been paying attention is likely doing the same thing as governments in the know ? stockpiling food, firearms, supplies and implementing personal defense strategies should the hordes come their way looking for resources.