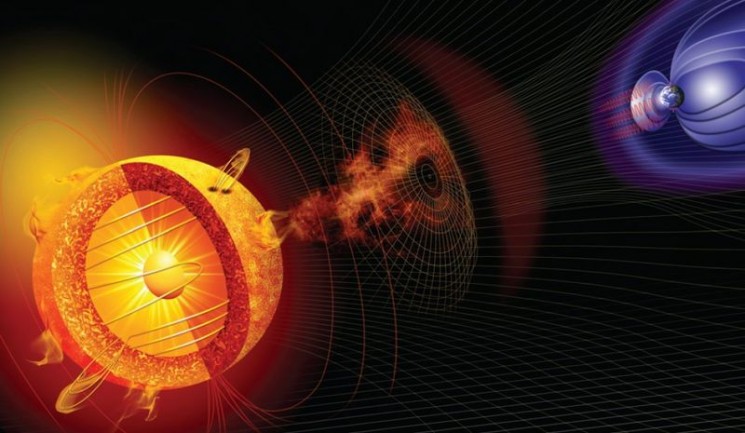 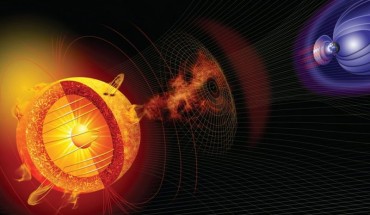 With the sun?s solar cycle in its peak stage this year and militaries around the world rapidly developing super electro-magnetic pulse (EMP) weapons, the threat of a catastrophic event that disables the U.S. power grid has never been greater.

In 2003 a solar flare emitted by the sun was the most powerful in recorded observational history, measuring in at levels so high that had it hit earth it would have likely disabled everything from the internet and mobile phones, to water utility plants and the whole of the U.S. electricity infrastructure. And, earlier this year in another near-miss, experts claimed the world escaped another large-scale EMP catastrophe.

While an outlier, the real possibility of an EMP event ? be it natural or man made ? is more probable than most people think:

We are only one act of madness away from a social cataclysm unlike anything our country has ever known.
-Congressman Trent Franks (R-AZ), Senior Member House Armed Service Committee

EMP is one of the small number of threats that could hold at risk the continued existence of U.S. civil society.
-Dr. Robert Hermann, Commissioner US Congress EMP Commission

Just one violent active region on the sun can cause continent-wide, perhaps even planetary-scale impacts to our critical infrastructure.
-John Kappenman, Principal Investigator US Congress EMP Commission

The fall-out from a grid-down scenario would be absolutely devastating, as noted by a spokesman for the Center for Security Policy who recently responded to the potential for EMP capable weapons being deployed over the United States:

And experts forecast if such an attack were a success, it effectively could throw the U.S. back into an age of agriculture.

?Within a year of that attack, nine out of 10 Americans would be dead, because we can?t support a population of the present size in urban centers and the like without electricity,? said Frank Gaffney, president of the Center for Security Policy.

NASA has already begun implementing plans to deal with large scale power failurefrom a space weather anomaly, and NASA head Charles Bolden recently issued a video alert through the NASA Headquarters of Emergency Operations in which he claimed he had ?been made aware of some things? that prompted him to urge NASA employees and their families to prepare for an event that could come like 9/11.

This was recently echoed by outgoing DHS Secretary Janet Napolitano, who has said that a cyber attack or natural disaster on the U.S. power grid the likes of which we have never seen is imminent.

Following Napolitano?s comments it was revealed that the United States, Canada, Mexico and hundreds of private companies were planning a massive power grid down drill to simulate what an EMP attack or solar flare might look like.

The disaster drill is being described as a crisis practice unlike anything the real power grid has ever experienced. The GridEX II drill Nov. 13-14 will focus primarily on how governments will react if the electrical grid fails and, for instance, the food supply chain collapses.

As we saw in limited grid-down scenarios like those following Hurricane Katrina and Hurricane Sandy, when the grid goes down you better be ready. Within 72 hours of such an event taking place the supply chain infrastructure in affected regions will undoubtedly collapse. This is a certainty, as evidenced by what we played out within a few days of Hurricane Sandy hitting the east coast last year:

For tens of thousands of east coast residents that worst case scenario is now playing out in real-time. No longer are images of starving people waiting for government handouts restricted to just the third-world.

In the midst of crisis, once civilized societies will very rapidly descend into chaos when essential infrastructure systems collapse.

Though the National Guard was deployed before the storm even hit, there is simply no way for the government to coordinate a response requiring millions of servings of food, water and medical supplies

Many east coast residents who failed to evacuate or prepare reserve supplies ahead of the storm are being forced to fend for themselves.

Frustration and anger have taken hold, as residents have no means of acquiring food or gas and thousands of trucks across the region remain stuck in limbo.

Despite our modern infrastructure and technological advancements, we are one catastrophe away from being thrown back into the stone age.

If the grid goes down the gas stops pumping, America?s trucks stop running, and grocery store shelves stop getting stocked.

Within three days of that all hell breaks loose.

We?re talking about nothing short of a total breakdown in law & order and tens of millions of people scavenging, looting and killing for food.

The threat is as real as it gets, but you can insulate yourself should it come to pass if you take the steps to prepare now.

It starts with getting prepared for a two week power outage, and then focusing your efforts on more long-term plans that can protect you against the possibility of EMP, solar flare, and a host of other potential wide-scale disasters.

Former Congressman Roscoe Bartlett issued what is probably the most stark warning about the U.S. power grid, which he says is not only outdated, but incapable of being repaired in a timely manner should elements of it be paralyzed by an EMP weapon of geo-magnetic storm:

We could have events in the future where the power grid will go down and it?s not, in any reasonable time, coming back up. For instance, if when the power grid went down some of our large transformers were destroyed, damaged beyond use, we don?t make any of those in this country. They?re made overseas and you order one and 18 months to two years later they will deliver it. Our power grid is very vulnerable. It?s very much on edge. Our military knows that.

There are a number of events that could create a situation in the cities where civil unrest would be a very high probability.

I think that those who can, and those who understand, need to take advantage of the opportunity when these winds of strife are not blowing to move their families out of the city.