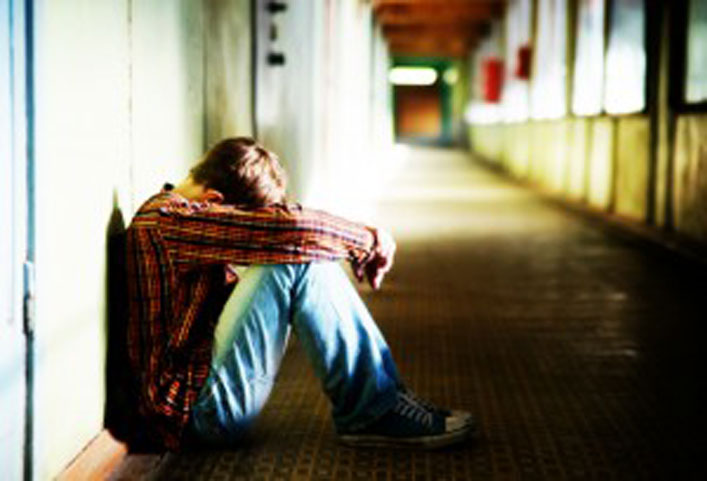 By Dave Hodges via activistpost.com 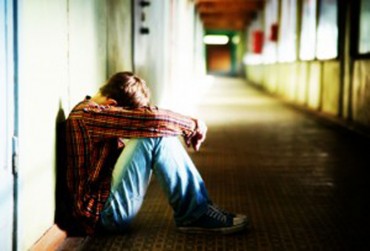 Growing up is filled with challenges, disappointments, excitement and anticipation of the future. Growing up should contain some measure of enjoyment and the self-satisfaction that the pride in our own personal growth can bring. However, for too many of our soon-to-be young adults, life is filled with misery, disappointment and a sense of hopelessness.

Society is responsible for providing an environment which fosters growth and the freedom to explore one?s limits. And for decades America produced children who surpassed the accomplishments and lifestyle of the previous generation. Unfortunately, this is no longer the case. At one time in this country, parents formed the backbone for child development along with teachers and clergy. Today, the influences on our youth are not what they should be.

Today, where do these influences come from? A Gallup Poll from the late 1950s asked teens to rate their biggest influences on their attitudes and lives and they listed these variables in the following order:

(Information derived from a conference presentation on child safety sponsored by Arizona States in 2006).

Something Is Terribly Wrong

Increasingly for our young people, the world is not a safe place. In many areas of the country suicide has replaced car accidents as the leading cause of death.

There are an estimated 8-25 attempted suicides for each suicide death. Therefore, the suicide rate is only small representation of the hopelessness being experienced by the younger generation. The misery index in this country for our young people is off the charts.

Since 1968, suicides for people aged 15-24 have risen over 300%. Suicide in now the second leading cause of death in the United States, Canada, Australia, New Zealand, and many countries of Western Europe.  Russia, Vietnam and India are experiencing similar increases.

What is the number one reason why teens are killing themselves? The straightforward and simple answer is that they have a foreboding sense of hopelessness. Life is bleak and meaningless; and all their cell phones, iPads and Xbox games can not fill the void of emptiness. Hopelessness is the number one predictor of suicide.

This Is Not the Way It Is Supposed To Be

Traditionally, when teens grow into adulthood, they begin to learn that they have a measure of control over their life. Through trial-and-error, teens gain knowledge and acquire the tools necessary to solve their problems in the best way that they can. In the past, when we felt hopeless, we pulled through our crises with the resources we had at our disposal and with the support from friends and family. Increasingly, that support has all but eroded.

For teenagers, their overwhelming sense of hopelessness is enough to cause them to take their own lives. Most teens who survive suicide attempts say that they tried to kill themselves because they were trying to escape a situation that seemed impossible to deal with, or they were trying to escape overwhelming feelings like rejection, guilt, anger, or sadness in which they lacked any significant degree of control.

One cannot watch a sporting event or a newscast without some praise being made in relation to our brave young warriors. Despite the glorification of our troops, a U.S. military veteran commits suicide every 65 minutes, or at the rate of 22 per day. When a young man or woman enlists to defend their country, they are idealistic. However, when serving one of their many tours in Afghanistan, they are ordered to guard the opium fields and to not fire upon the drug lords as they pass through military checkpoints. It is easy to understand that these young people can quickly lose their sense of duty and retreat into a lonely world where they trust nobody and their only goal is to survive.

When they are discharged from the service, they return to a nation which has a destroyed economy along with corrupt leaders who make the veterans question their service to their country. Most veterans, as in past wars, are riddled with guilt for the traumatic acts of survival that they had to engage in. However, unlike most of our past wars. they come to learn that their service is a charade and they do not serve the American people and our national interests. Rather, they come to know that they serve the stockholders of the oil companies, Goldman Sachs and the corrupt elite that run this planet. This is why Pat Tillman was murdered, because he was going to tell all; and the military brass could not allow a person of this standing to reveal the true agenda of the war. Tillman could have become a one man TET offensive, which could have ultimately brought down support for the war.

One could argue that the post-traumatic stress of dealing with combat issues is the major reason why these veterans are killing themselves in record numbers. That might be considered to be true if this was America?s first war. However, compared to all the past wars, both popular and unpopular, our veterans are choosing suicide as a solution for living in a dehumanized world with no hope. Children and veterans see through the deceit faster than the rest of us who are blinded by television and new media propaganda.

What Is the Solution?

Teenagers and veterans are the canaries in the mine. By their suicides, children and veterans are telling us how bad our world stinks. The solutions for these mental health issues does not lie within individually treating depression and accompanying suicidal symptoms. The problem I am describing here is systemic and global, not individual in its causation. Our new-found collectivist society is the culprit which is robbing of us our freedom and self-determination. That is the problem. It is inherent for humans to be free and without freedom, life becomes meaningless.

The New World Order controls society with its mindless entertainment with everything from American Idol, to the Oscars, to the NFL, and the propaganda machines of the networks and in our public schools are working overtime in an attempt to get children to accept their place in the NWO with an accompanying loss of freedom in the name of serving the ?greater good? of collectivism.

Our children and our veterans are telling us that they do not want to live in this world and neither should you. I am not endorsing suicidal behavior. However, it is only a matter of time until all of us feel the same pervasive sense of hopelessness. IF you do not care about living in the squalor, filth and moral decadence that is the NWO, then maybe the welfare of your children should jolt you into action.

The hopelessness spreading across the country and planet is approaching epidemic levels. But what would you expect when the Satanists that we call the NWO are running the planet? The cesspool that now defines our planet is the result of living in a world with largely no morals and no spirituality.

If you want to see things change, then change yourself by rediscovering your spirituality and living a moral life. For when we all do this, it will not make any sense for us to accept the immorality of those who would be our global masters.

Maybe if our teens saw us standing up to the immorality, they might see a ray of hope in their future. Maybe, if we demanded that our government reach out to our vets instead of incarcerating and drugging them for incorrect political views, maybe they would want to rejoin society upon completion of their service. Maybe if we collectively grew a backbone and took our world back from Satan, we could live out our lives in the manner that our creator intended.

Our Children Don?t Want to Live Under the New World Order
http://idokjelei.hu/2013/03/our-children-dont-want-to-live-under-the-new-world-order/