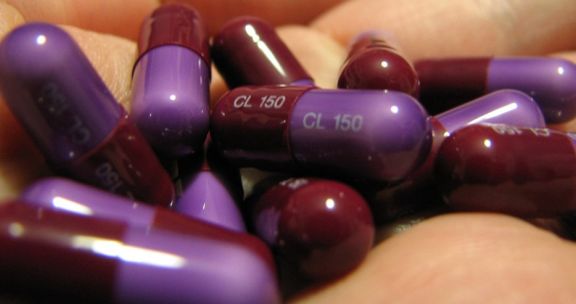 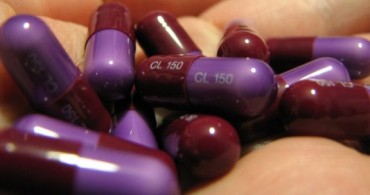 The industry is down to one last-ditch chemical: colistin, a toxic bug-killing chemical discovered in 1949. It kills superbugs, but it also causes kidney damage. So if you’re infected with a superbug in a hospital, you can choose to either die from an infection, or die from the cure.

…There’s a lot of that going on in medicine these days, it seems…

Nearly all antibiotics are now obsolete

In the last 34 years, Big Pharma has only come up with two new classes of antibiotics. Both are now obsolete. And the drug companies are walking away from the research needed to produce new antibiotics even as they run television ads claiming they “put patients first.”

“Last year, Pfizer, the world’s biggest drug company, closed its Connecticut antibiotics research center, laying off 1,200 workers,” reports the Washington Post (http://www.washingtonpost.com/national/health-science/nih-superbug-ou…). “The company said it was moving the operation to Shanghai. …Pfizer is struggling to open the Chinese facility and has largely abandoned antibiotics.”

It turns out that drugs for erectile dysfunction, baldness or cholesterol are ten times more profitable than antibiotics. So while a wave of drug-resistant bacteria burns through our hospitals, killing patients by the tens of thousands, Big Pharma is far more interested in making sure some middle-aged guy on statin drugs can still get an erection. There are more profits to be had, after all, in giving people boners rather than cures.

Meanwhile, superbugs are killing Americans at a rate that rivals wartime casualties. A decade ago, the CDC estimated that superbugs infected 1.7 million Americans and killed 99,000 Americans each year (http://www.washingtonpost.com/national/health-science/nih-superbug-ou…).

That’s about twice the number of Americans killed in the entire Vietnam War, by the way. And those numbers are a decade old. By many accounts, the superbug problem is far worse now than it was ten years ago. For example, superbug infections among newborns have risen over 300% in a similar timeframe (http://www.naturalnews.com/026587_infections_infection_superbug.html).

Why are infections getting worse? Because over the last decade, superbugs have evolved. Nature has found resistance to nearly every known antibiotic on the market: Tetracyclines, Fluoroquinolones, Cephalosporins, Sulfonamides and more.

Just how bad is the situation? Even Dr. Margaret Chan, the director general of the World Health Organization, couldn’t deny the reality of the situation. “Things as common as strep throat or a child’s scratched knee could once again kill,” she said in a recent keynote address (http://www.who.int/dg/speeches/2012/amr_20120314/en/index.html). “Antimicrobial resistance is on the rise in Europe, and elsewhere in the world. We are losing our first-line antimicrobials… For patients infected with some drug-resistant pathogens, mortality has been shown to increase by around 50%,” she said.

Chan also warned about the severity of the problem:

Many other pathogens are developing resistance to multiple drugs, some to nearly all. Hospitals have become hotbeds for highly-resistant pathogens, like MRSA, ESBL, and CPE, increasing the risk that hospitalization kills instead of cures. These are end-of-the-road pathogens that are resistant to last-line antimicrobials.

If current trends continue unabated, the future is easy to predict. Some experts say we are moving back to the pre-antibiotic era. No. This will be a post-antibiotic era. In terms of new replacement antibiotics, the pipeline is virtually dry, especially for gram-negative bacteria. The cupboard is nearly bare.

Prospects for turning this situation around look dim. A post-antibiotic era means, in effect, an end to modern medicine as we know it.

Every time the drug industry claims to have solved one problem it creates two more.

Rather than the industry being guided by improved patient outcomes, it is wholly guided by the endless quest for corporate profits. This has led to an abandonment of real science and real medicine. Today, Big Pharma and the vaccine industry are steeped in quack science and criminal profiteering.

Even the head of the World Health Organization can see the writing on the wall. Anyone who thinks the pharmaceutical industry will provide the world with any real cures is living a delusional fantasy.

So what’s left after the drug industry has ravaged the world’s citizens, damaged their immune systems with vaccine adjuvants and infected the people with drug-resistant superbugs? A billion victims of an industry that has failed at every level: Economically, socially, ethically and spiritually.

Big Pharma is, essentially, the Big Failure of our time. It is notable only in the epic scale of how many lives it has destroyed on our planet.

That it requires Big Pharma billions of dollars to develop new antibiotics is a cruel joke about the stupidity of “medical science.” Why? Because Mother Nature produces an abundance of chemicals that defeat superbugs, but the drug industry won’t embrace them because those chemicals can’t be patented (and therefore monopolized).

Garlic, for example, kills all known superbugs. So does colloidal silver. So do an endless list of medicinal herbs, plants, fungi and even molds. Manuka honey kills infectious bacteria, by the way.

Cures for superbugs are all around us in nature, but they aren’t allowed to be used in hospitals because hospitals are really the cult temples of western medicine. There, the “high priest” doctors worship the pharmaceutical gods — Pfizer, Merck, AstraZeneca — while making sure their patients have no information about probiotics, sunlight, vitamin D or plant-based nutritional therapies.

Patients perish from a lack of knowledge, of course, because beating superbugs is laughably easy. You can even do it with something as simple as vitamin B3, which has suddenly emerged in the news as a cure for superbug infections:
http://www.bbc.co.uk/news/health-19367277

Similarly, I’ve never seen a superbug that can survive the presence of Oregano Extract, for that matter.