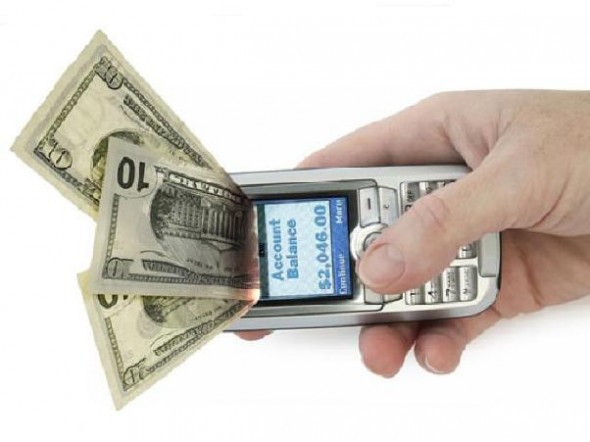 ?There will be a time ? I don?t know when, I can?t give you a date ? when physical money is just going to cease to exist.? -Economist Robert Reich.

?We want you to be able to leave your leather wallet at home.?

That?s the stated goal from Google Wallet, who is offering new incentives to leave behind plastic credit cards, cash and goad the techno-generations into learning to love the cashless control grid long plotted by technocrats and their one world banker allies.

The digital platform is phasing in I.D. verification, including digital driver?s licenses, along with a slew of features meant to appeal to consumer convenience, including downloadable coupons, loyalty cards, and e-tickets? putting totally digital, cashless systems closer than ever. With verified identity credentials, users could check in for flights, download virtual boarding passes and even prove who they are, all while phasing out the need for physical documents and even plastic cards.

?Mobile wallets are even more abstract than cards? They are one step farther away from the reality of handing over cash,? assistant professor of marketing at Oregon State University College of Business, Michelle Barnhart, told Market Watch.

GPS tracking technology is already integrated into the platform in order to direct targeted coupons, special deals and ads towards location-specific promotions at shops within the user?s proximity. The Google Wallet already works in partnership with 200,000 locations across the nation.

And clearly, digital payment interfaces are expanding rapidly as well. Walmart, for example, is testing smart phone based scan-and-gocheckout points that may replace or phase out human cashiers in the years to come. Walmart has already been on the cutting edge of high-technology inventory controls, including its role in mandating and standardizing RFID tracking from point-of-origin, through shipping distribution points, and onto store shelves.

The system is not only trying to entice tech-friendly users into ditching physical monies, IDs and related documents to join the larger control-grid, but is openly celebrating the technology-driven triumph over privacy concerns as well.

Clearly, the next generation is being conditioned to accept total control through umbrella user IDs that would manage all bank accounts, identity & access authorization, tax rates & compliance and more under one centralized database system.

?Those using this technology, the bulk of whom are under 40 years of age, care less about who knows their whereabouts or their buying habits,? commented retail analyst Jeff Green.

While CreditCards.com spokesman Ben Woolsey added, ?In the digital age, privacy is becoming a quaint and fleeting notion.?

Security issues, like those that could arise if smart phones carrying identity & payment chains are hacked or stolen, have been acknowledged but largely downplayed, despite the public?s reluctance thus far to adopt such measures in large numbers. Total integration of digital data, along with the hailed benefits of convenience commerce, is trending if not taking over altogether.

Google?s own shady record in maintaining the privacy of users has long ended the idea of ?doing no evil? in its quest for total information and ubiquitous digital dominance.

Leading firms are trying now to give incentives to adopt these cashless, and totally digital systems, while media and governments have been working for years to demonize the use of cash as the activity of potential criminals and terrorists and drive populations onto the digital architecture designed to control the peoples.

A 2010 piece on CNBC and accompanying column in the New York Times, for instance, encouraged the idea of ?turning in your bin Ladens? (i.e. abandoning cash) while selling the idea that it enables terrorist organizations and is thus doing harm, while 2011 saw the emergence of FBI flyers warning coffee shops and other small businesses to regard paying in cash, even for small items, as potentially suspicious and worthy of report.

Under the unfolding economic crisis, nations across Europe have passed laws banning the payment of cash over certain nominal thresholds, for example limiting ?legal? transactions to ?2500 or a comparable amount in numerous countries. Meanwhile, Louisiana has led the way in the United States by banning the use of cash in second-hand transactions in the name of curbing illicit, black market trade.

IBM, among others has revealed its agenda to replace passwords and the like with biometric identifiers such as iris and fingerprint scans under a widening techno-control grid.

With the death of cash, and even physical/digital cards, goes our remaining independence, as a system controlled centrally by authorities has the power to sanction individuals and/or force entry into the 21st century systems of high-tech dominance? or cut off all access to society, dooming non-acceptors to a digital exile and a long, cold techno-winter with little future in sight.