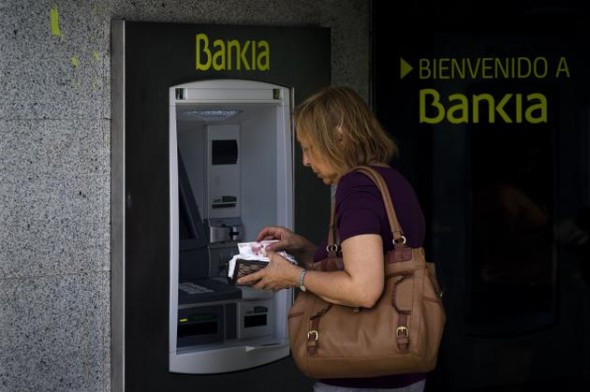 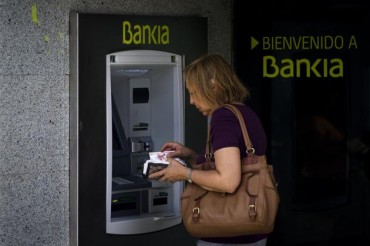 Olivier Bailly said Tuesday that, legally, limits could be imposed on movement of people and money across national borders within the EU if it?s necessary to protect public order or public security ? but not on economic grounds. ?Some people are working on scenarios,? he said, but refused to identify individuals or organizations.

The banksters are seriously worried about the second Greek election on June 17 and are working on ?contingencies? should a leftist coalition, SYRIZA, win the second election and increase the probability that Greece will ultimately renege on its EU/IMF bailout and dump the euro currency.

SYRIZA is a Greek abbreviation for Coalition of the Radical Left. It is comprised primarily of democratic socialists, green left groups and Maoist, Trotskyist and eurocommunist organizations.

The political party is second largest in the Greek parliament. During the 2012 elections, millions of disenfranchised voters facing bankster imposed austerity voted for SYRIZA, quadrupling its number of seats. Earlier this month, the group re-registered as a single party instead of as a coalition, in order to receive the 50 additional seats which will make it the largest polling party under the Greek electoral system.

?If one of the 17 countries is brought to collapse ? the fire will become unquenchable and will not be limited to Greece and the southern countries ? it will break up the eurozone and that will not be in anybody?s interests,? he said during a news conference.

On Monday, EU central banksters rushed to prevent a run on Spain?s banks as they teetered on the edge of disaster.

?The burden of recapitalizing insolvent banks or loss-making acquisitions of solvent banks will fall on Spanish citizens,? said Karl Whelan, economist at University College, Dublin. ?For this reason, this weekend?s announcement may well end up shutting Spain out of the sovereign bond market.?

The EU?s third largest economy is also looking for a bailout. Italy believes the deal to prop up Spain represents ?the removal of a filter? that separated Spain and Italy from the group of heavily indebted EU countries, with Greece leading the way. Italy?s ?public debt? currently accounts for 120 percent of its GDP.

The banksters warn that Italy will follow Greece, Ireland, Portugal and Spain, and eventually seek an aid package as the EU begins its descent.

It now appears the EU will impose some sort of police action to prevent its citizen-subjects from taking money out of banks and preventing them from fleeing the country as chaos ensues in the wake of one country after another toppling.