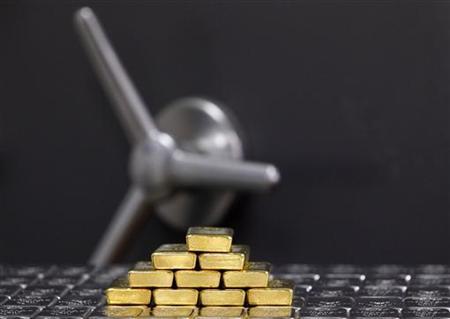 By Anthony Wile via The Daily Bell 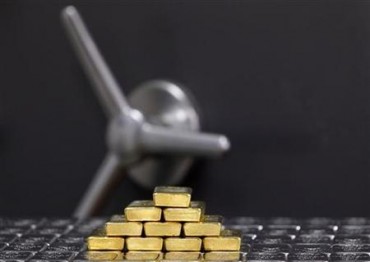 Reuters just published an interesting article that makes the following point: “As the Dow struggled over the past few weeks, gold has confounded market watchers by tracking equities, even as the European debt crisis escalated. U.S. December gold futures fell $3.80 to $1,716.40 an ounce.”

This brings up an interesting question. I will try to answer it in this essay. Two weeks ago, the Dow Jones Industrial average was up marginally and so was the price of gold. This past week the Dow lost some 300 points and gold sold off as well. Yes, it would seem that now “gold tracks stocks.”

Further, we are informed that there is a “rush to safety” when the stock market runs down. People sell off both equities and gold for the “safe-harbor” of US notes and bonds.

This is a kind of dominant social theme, in my view: Gold is now to be portrayed (by Reuters and other elite-controlled media) as just another investable commodity like IBM or Exxon. But this ignores some important points. I researched them to make sure of my conclusions.

Start at the beginning, then. The powers that be HATE gold. Money Power is derived from the central bank printing press. The idea that people on their own can go out and dig up money out of the earth means that the people STILL have the opportunity to better themselves independently of the power elite.

This is very hard to tolerate if you are trying to set up a regime to rule the world, as the Anglosphere elite apparently wants to do. If people can still get wealthy independently then you don’t have TOTAL control. And total control is what Money Power seeks, or so it surely seems.

For this reason, the powers-that-be do everything they can to manipulate and squash the price of gold. This is why fiat money bulls are likely longer by years and decades than precious metals bulls. The elites drag out the fiat bull markets as long as they can.

Gold has been going up throughout the 2000s. Of course, the stock market has been going up as well, and that has obscured the gold bull market that we are in. Because of this, many in the mainstream media can avoid talking about business cycles and simply talk about gold being “in a bubble.”

This is not so. The early 2000s were marked by tremendous monetary stimulation, with more to come. This is what happens when equity markets blow off. To begin with, central banks print money and inflate the stock market until the boom turns to a bust.

But you can’t keep doing this. Eventually, the market distortions become too damaging. There is a limit after all, and we have reached it. Right around the turn of the century, the bust was enormous and the resultant stimulation only made it worse. The cycle had turned and gold (and silver) was on its way up.

Because the cycle had turned, the resultant stimulation was bound to fail, and it did. This failure is referred to as the “mortgage crisis” or “housing bust.” It began in America but soon spread throughout the world.

People have attributed the housing bust to many things, including deregulation. But when one steps back and looks at the larger picture, the reality becomes evident. The Austrians are correct. In the modern era, economies are driven by central bank inflation. First a boom and then a bust. Had nothing to do with re-regulation or anything. Purely a banking phenomenon at its heart.

Here at the Daily Bell we’ve explained numerous times that this is likely the “final” bust. The dollar reserve system is probably dead. It died when the Fed had to print at least US$16 trillion to support crony banks and financial firms throughout the world during the height of the 2008 crisis.

The powers-that-be don’t want to admit this, of course. Even in this Internet era, they’re hiding their manipulations as best they can. Even as they try to replace the current financial system with a world currency, they are struggling to maintain the present system.

So they make up stories. The latest story is that gold is just another investable asset like a stock and indeed tracks the stock market. These last two weeks are being held up, once more, as proof positive.

Of course, to some degree this is true. Institutions have begun to buy gold and they do buy and sell gold the way they buy and sell stocks. But the idea that the average investor sells his or her gold when the stock market goes down (in order to buy Treasuries) is ludicrous. Doesn’t happen.

Gold tracked the Dow in the 1970s, too. I checked. The Dow and gold prices rose and fell together, roughly anyway. That’s because the big institutions were likely buying gold then, too.

But in 1979 and 1980 something else happened. The gold market went vertical. Look it up for yourself. The verticality is astonishing. From about US$400 to US$800, and then right back down again. This is what will likely happen during the last phase of THIS golden bull. But we are not there yet. Wait.

People say that the 1980s were anomalous because of the great inflation and because the a  tried to corner the silver market. That’s what caused the verticality too. But this is nonsense as well. Because of the central banking business cycle, this golden bull will end the same way as the one in the 1970s, if it is not interrupted. It almost has to.

Why? Because the powers-that-be may keep printing money and keep inflating in support of this horrible fiat money system until the bitter end. They may FORCE a blow-off of the golden bull, just the way they forced one in 1980.

Here’s my bottom-line point, from an investment standpoint. During the 1970s, people could have been fooled by the way stock markets and gold markets acted. They might have seen the parallelism and simply concluded that gold was just another commodity or that it was acting like stock.

This would prove to be a major miscalculation. Bull markets always come to a head in the modern era, thanks to central banking, which always turns a common cold into pneumonia.

That’s how you should think of this market, by the way. The market has a quiet fever right now, but before the power elite is through poisoning this business cycle, that fever will have become a raging, out of control sickness. There is no telling how far the price of gold may travel.

Of course, when prices go so high, people start buying paper gold, which they are already starting to do. This is where the losses come. Ask Gerald Celente, who chose not to simply buy physical gold (in this instance) and was playing the futures market as way to do so. He lost his account, apparently, when MF Global went bust.

And this is another point. This same horrible central bank-inspired business cycle inevitably causes an uptick in “financial fraud.” It’s inevitable. Then elites and their associates and enablers use the resultant bust to pass MORE laws and MORE regulations, further consolidating state power in support of their damnable central banking racket.

So don’t be fooled by all this talk about gold tracking the Dow. It did in the 1970s, too. Right until it went vertical. People who held gold then in many forms ? and got out ? made fortunes.

Easy enough, then. Just hold gold until it goes to US$5,000 and sell. Not so fast. Today, thanks to what we call the Internet Reformation, too many savvy people understand what I have just explained. And the elites who control central banking know it, too. I have a hard time believing that the powers-that-be will let gold go to US$5,000 (or wherever it would ordinarily end up).

Something else will intervene. A war. A deliberate promotional campaign against Wall Street and “speculators.” A terrible, expanding Depression that will cause the confiscation of gold and the creation of a new worldwide money standard. Or perhaps all three at once.

People who own gold and silver will no doubt be rewarded (at least to some degree) before any of this (potentially) takes place. But one needs to be careful now! We are entering another leg of the cycle, in my view. To ignore the possibilities is to be blind to the reality of modern history. The last time this sort of blow-off took place was in the 1930s. Look what happened then.

You remember, don’t you? The New York Fed illegally printed money and FDR covered it up with his “bank holidays.” The power elite of the day used every promotional trick they could to shift the blame. They pointed fingers at “Wall Street,” arrested thousands, destroyed companies, passed Draconian new regulations (that only prolonged the recession and further institutionalized the Fed), confiscated gold and then ? finally ? when nothing else worked, started a world war.

That’s my take on it anyway. Call me a conspiracy theorist. That’s OK. To me, it’s all directed history and more in tune with reality theory.

Why Gold Sells Off and What Will Happen Next ...
http://idokjelei.hu/2011/11/why-gold-sells-off-and-what-will-happen-next/