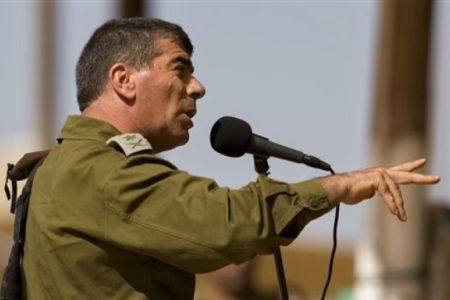 The Israeli army chief has urged Tel Aviv to make preparations for an all-out war over the recent developments across the Middle East, a report says.

Israel’s Chief of Staff Lieutenant General Gabi Ashkenazi has said that given the recent revolution protests across Middle East, Israel must prepare for a battle in several theaters, Ynetnews quoted him as saying on Monday.

The outgoing military chief also said, “The connection between the different players requires us to contend with more than one theater.”

Ashkenazi warned of the transpiration of a ?radical camp? in the Middle East, adding that “the moderate camp among the traditional Arab leadership is weakening.”

“Because of this spectrum, we must prepare for a conventional war?it would be a mistake to prepare for non-conventional war or limited conflicts and then expect that overnight the forces will operate in an all-out war,” he went on to say.

In December 2010, Israel’s Deputy Prime Minister Silvan Shalom threatened Palestinians in the Gaza Strip with a new war, saying that Tel Aviv would have to “respond and respond with all our force” if the Palestinian resistance fighters did not stop firing their home-made rockets into Israel.

In late December 2008, Israel launched a devastating war against the coastal Palestinian territory where more than 1,400 Palestinians — mostly civilians — were killed in three weeks of relentless Israeli land, sea and air strikes.